The famous hilly landscape north and south of the town of Alba (province of Cuneo) in the north-west Italian region of Piedmont, which is romantically known as the "Heart of Piedmont". It lies between the upper Po Valley near Turin and the Ligurian Alps and extends over the two provinces of Cuneo and Asti. The area is bordered by the two rivers Tanaro and Bormida. The Langhe is divided into three areas: the Bassa Langa (Lower Langa), with mainly viticulture, the Alta Langa (Upper Langa), with hazelnut cultivation, and the Langa Astigiana area, famous for its truffle cultivation. 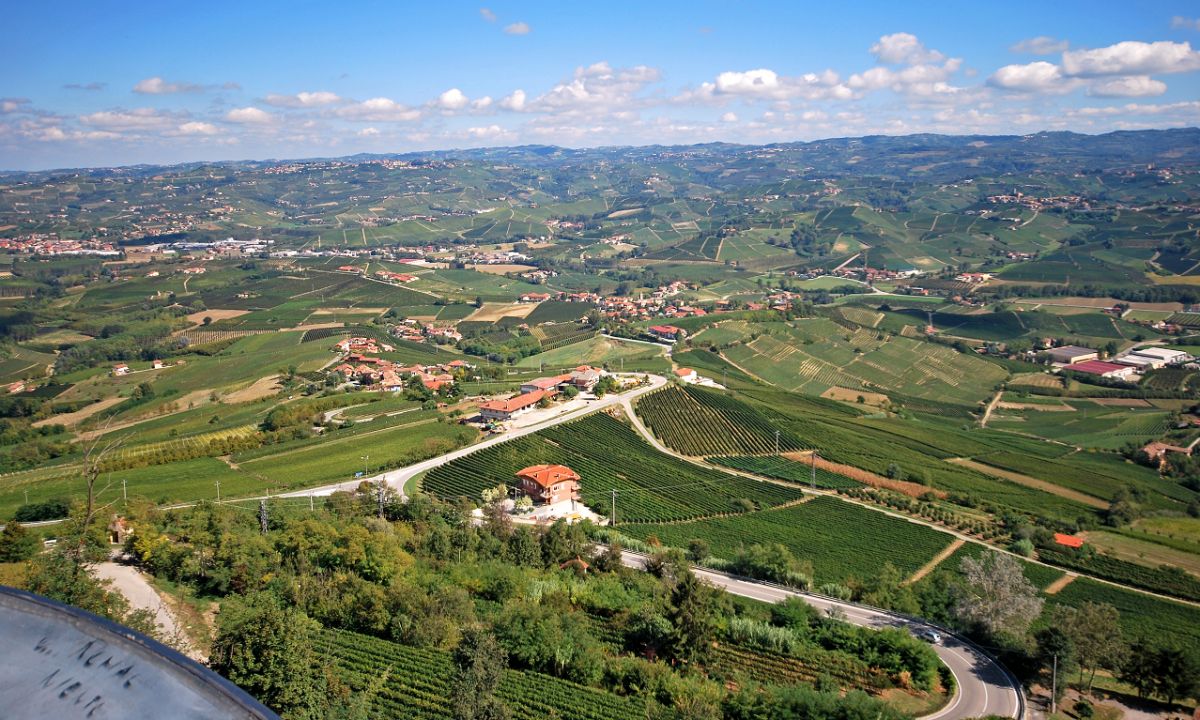 The gentle ridges of hills rise up to 600 metres above sea level and consist mainly of clay and marl soils. This area includes the well-known DOC/DOCG areas of Alta Langa, Barbaresco, Barbera d'Alba, Barolo, Dolcetto d'Alba, Dolcetto di Diano d'Alba, Dogliani, Nebbiolo d'Alba and Roero. Some of these wines can also be marketed under the lower DOC designation Langhe. The very large Langhe DOC area for red, rosé and white wines covers almost 1,400 hectares of vineyards in a total of 94 municipalities in the province of Cuneo; for the Arneis wine type, however, only in 31 municipalities.

The wines of pure variety must contain at least 85% of the respective variety and a maximum of 15% of other approved ones. These are Arneis - also as Passito, Barbera, Cabernet Sauvignon, Chardonnay, Dolcetto, Favorita(Vermentino), Freisa as Novello, Nascetta, Nebbiolo, Riesling, Rossese Bianco and Sauvignon(Sauvignon Blanc). A sparkling Frizzante is made from Merlot, Nebbiolo and Pinot Nero(Pinot Noir).

Nebbiolo
Barbera
Chardonnay
Arneis
In this section you will find
currently 141,936 Wines and 22,923 Producers, including 2,247 classified producers.
Rating system Their sources in Wine Guide Wine Samples