The republic in south-eastern Europe on the Balkan peninsula was formerly part of Yugoslavia and from 2003 an autonomous province of Serbia. In February 2008, it proclaimed itself independent by parliamentary resolution. Viticulture in the Metohija region dates back to Roman times. In Velika Hoča, the historical wine-growing centre of Kosovo, pithoi (wine vessels) were found during archaeological excavations. Kosovo is divided into the Juzni and Severni wine-growing areas. Before the war, the vineyards covered around 10,000 hectares of vines with mainly the red wine varieties Cabernet Franc, Gamay and Pinot Noir as well as Riesling. The well-known brand wine Amselfelder (Kosovsko Vino) grows on the border with Albania. The vineyards and many wineries are only just being rebuilt after the years of turmoil. 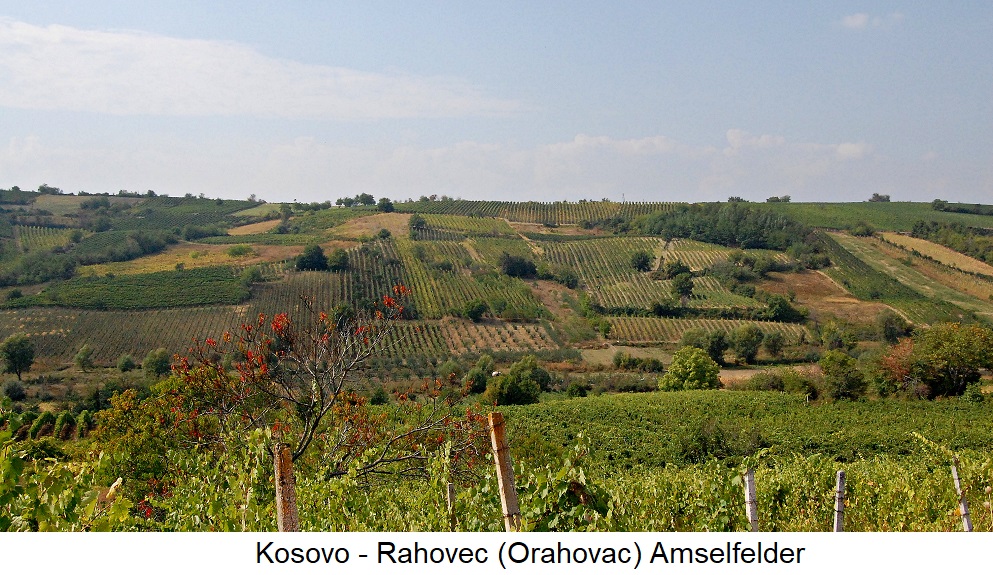