Archipelago in the Ionian Sea off the west coast of Greece. The islands were settled in the 9th century B.C. by the tribe of the Ionians, who were warlike pushed off the mainland and gave their name to the islands (see also Attica). From 1386 to 1797, the islands were dominated by the city-state of Venice for more than four centuries; this Italian influence is still noticeable today. Due to the mild climate, the islands are very suitable for wine growing, there is also enough rain. 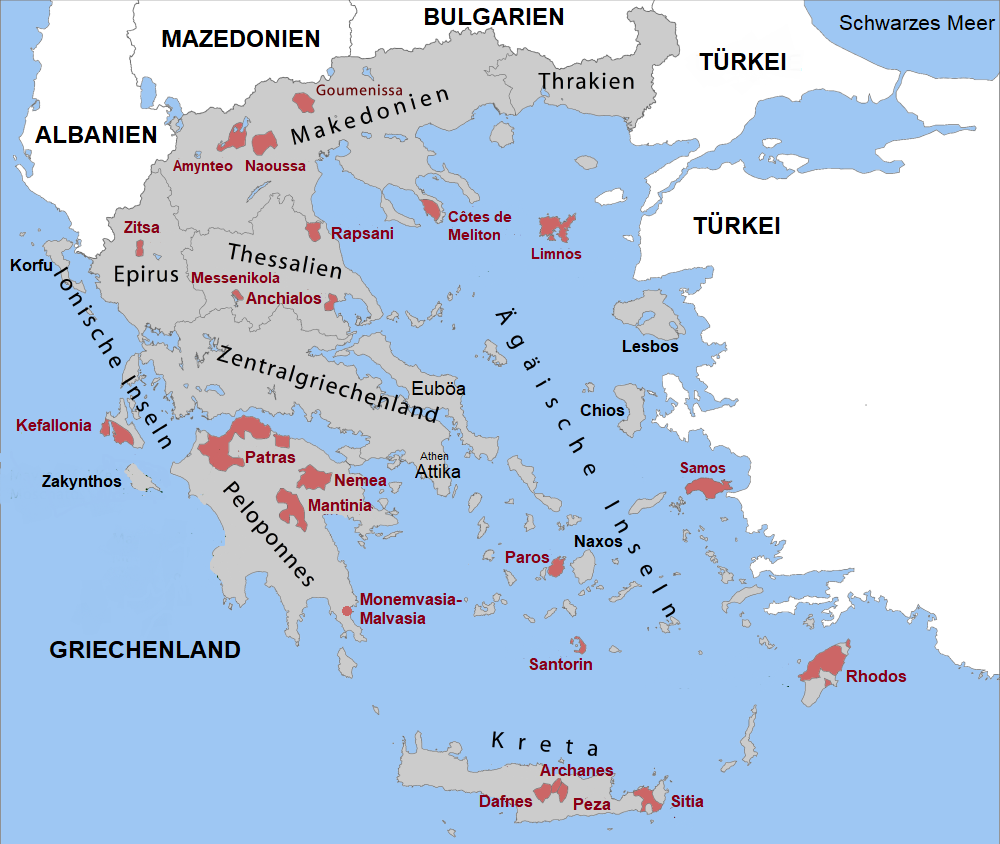 Here there are many autochthonous grape varieties such as Agiomavritiko, Areti, Asprouda, Avgoustiatis, Goustolidi, Katsakoulias, Korinthiaki, Pavlos(Malvasia Bianca Lunga), Robola, Skiadopoulo and Theiako Mavro. There is viticulture on Ithaca (where the Homeric mythical figure Odysseus was king), Kefallonia (the only one with POP appellation), Corfu, Lefkada, Kythera, Paxos and Zakynthos. The vineyards cover a total of about 8,700 hectares. There are also numerous other islands on the east coast of Greece; see Aegean Sea.