Unfortunately there is no information about Hermitage AOC available.

An area in the northern section of the Rhône classified as a cru (top appellation), named after the mountain of the same name. In some cases, the labels also include the designations Ermitage, l'Ermitage or l'Hermitage. It is located in the southern part of the section on the left bank of the Rhône. The Crozes-Hermitage area adjoins to the north. Wine is thought to have been grown here by the Phoenicians as early as 400 BC. The Greek historian Strabo (63 BC-28 AD) reported that the banks of the Rhône were covered with vines and possibly meant this area. The name Hermitage derives from the hermit's dwelling of the crusader Henri Gaspard de Sterimberg, who retreated to the hill of Tain from the year 1224 and founded a hermitage (Ermitage) to devote himself to prayer and viticulture. 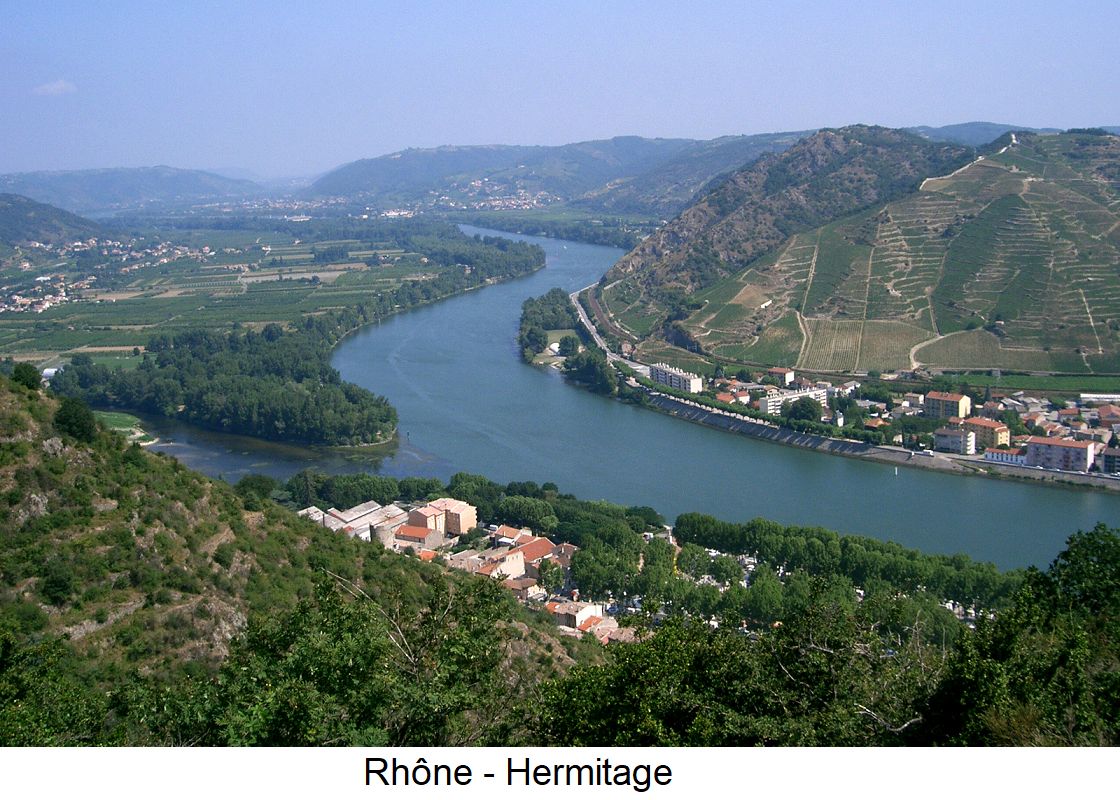 The south-facing vineyards cover around 140 hectares in the three communes of Crozes-Hermitage, Larnage and Tain-l`Hermitage in the Drôme department. Despite its small size, the area is very diverse. In the highest, western part, the soil consists of granite and fine clay. The eastern, larger part of the slope consists of scree of sand and limestone in the middle. And the highest parts are covered with loess. Some particularly steep areas are protected from slipping by limestone walls. They are among the steepest vineyards in Europe. The climate is a mixture of continental and Mediterranean influence with sufficient rainfall compared to the Côte Rôtie and Cornas areas. Due to the different soil types, the area has been divided into around 20 sites. The wines are mostly blended from several vineyards, but single vineyard wines are also marketed with information on the label. The best known are Les Bessards, which is considered the best steep site, as well as Les Greffieux, L'Hermite, Le Méal, Les Murets and Rocoule. 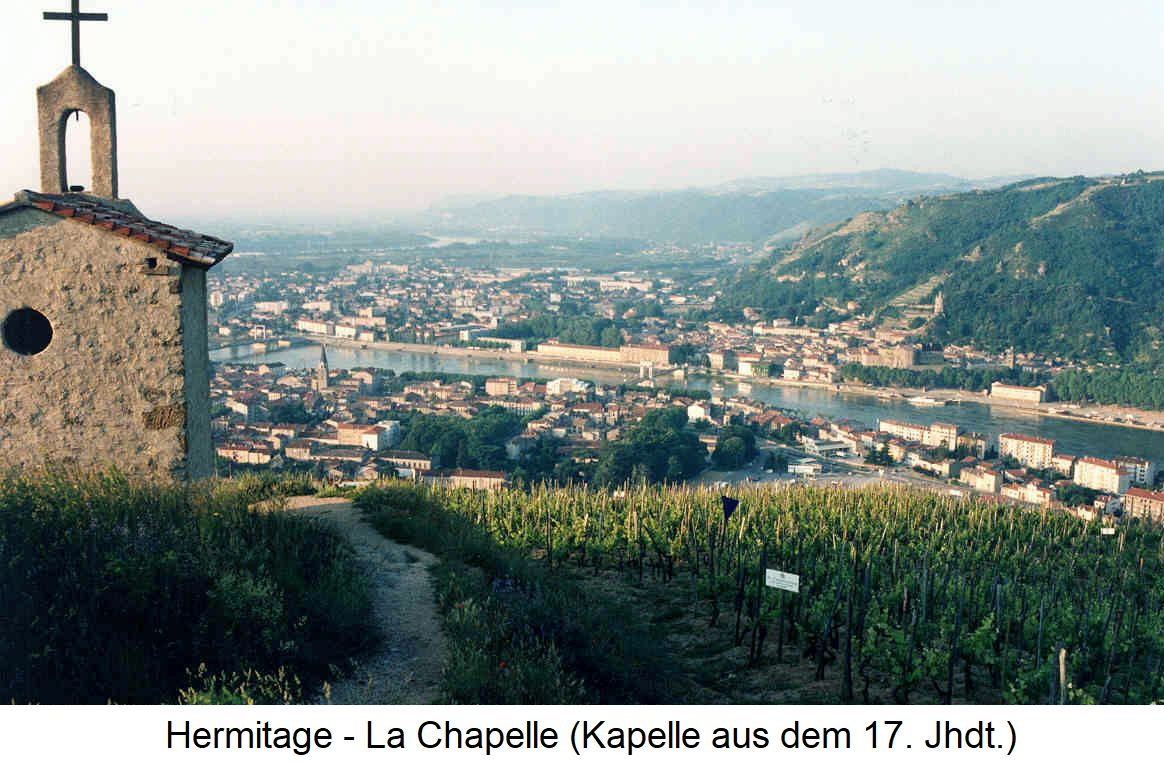 The red wine is one of the great French wines. The legendary "La Chapelle" vintage 1961 from Jaboulet-Aîné is one of the most expensive wines in the world (cuvéed every year from different sites). A Hermitage was one of the favourite wines of the writer Alexandre Dumas (1802-1879). The ruby-red and extremely long-lived red wine only develops its drinking maturity after longer bottle ageing of at least five to ten years. It is mainly made from the Syrah variety (here also Hermitage) and a maximum of 15% of the white wine varieties Marsanne and Roussanne. The white wine, also in the version Hermitage Vin de paille (straw wine) from dried grapes, is blended from Marsanne and/or Roussanne. The maximum permitted yield is 40 hl/ha. Well-known producers are Albert Belle, La Cave de Tain (winegrowers' cooperative), Chapoutier, Jean-Louis Chave, Domaine du Colombier, Bernard Faurie, Delas Frères, Philippe Desmeure, Faurie, Guigal, Jaboulet-Aîné, Domaine des Martinelles, Père et Fils, Domaine des Remizières, Marc Sorrel and Tardieu-Laurent.

In this section you will find
currently 148,942 Wines and 23,337 Producers, including 2,239 classified producers.
Rating system Their sources in Wine Guide Tasting samples