The approximately 8,700 km² island (French: Corse) lies 160 kilometres southeast of the coast of France. In the 6th century BC, Corsica was settled by the Phoenicians, who called it Corai (covered with forest). In the middle of the 3rd century BC, the island came under Roman rule. Around 1,000 AD, Pisa gained supremacy and reactivated viticulture, which had fallen into disrepair due to the fall of the Roman Empire. Then, from the end of the 13th century, Genoa took over. Christopher Columbus (1451-1506) was probably born in Calvi on the north-western coast. In 1572, the Genoese issued a decree that each family had to plant four vines. The island was sold to France in 1768, and Napoleon (1769-1821) was born in Ajaccio a year later. As emperor, he granted his homeland the special privilege of selling wine without paying taxes. In the middle of the 19th century, there were still about 20,000 hectares of vineyards and three quarters of the population lived from winegrowing. A total decline occurred due to phylloxera.

It was not until the early 1960s that viticulture was revived by French Algerians. They planted large numbers of mass-produced varieties and Corsica became the wine lake of Europe. The EU initiated a vineyard grubbing-up in the 1980s. The mass carriers were replaced on a large scale by noble grape varieties and the vineyard area was reduced to about 7,500 hectares today. This has greatly contributed to an increase in quality. The climate is sunnier than in the mother country France, there are hot summers and sunny autumns with little rain. However, the location on the Mediterranean and the many mountains cause relatively large weather fluctuations with different climatic conditions. 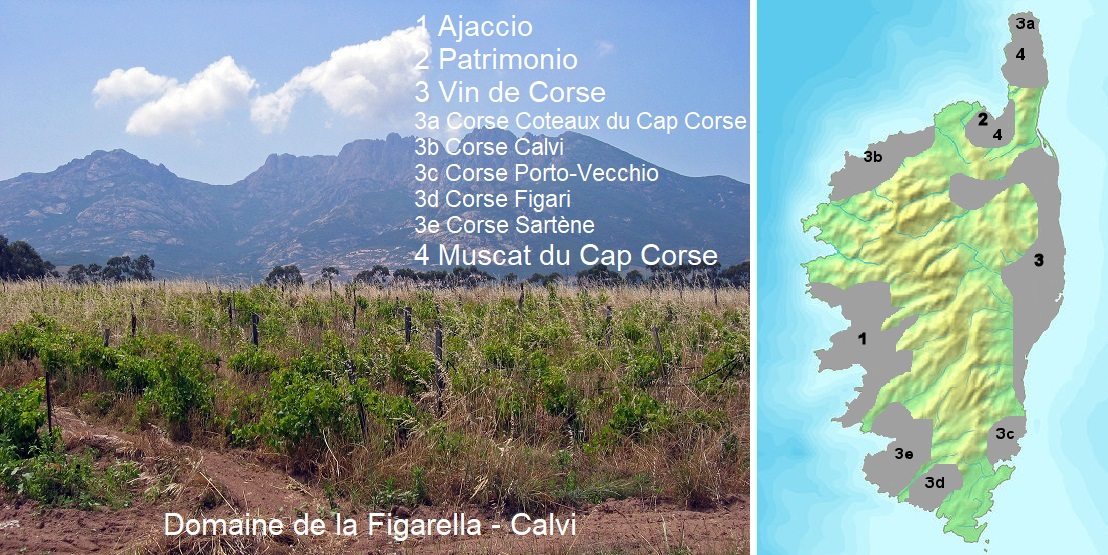 Sources of Purchase for Corsica 4

In this section you will find
currently 153,882 Wines and 24,050 Producers, including 2,416 classified producers.
Rating system Their sources in Wine Guide Tasting samples Editorial schedule