The AOC area defined as Cru is an enclave in the Condrieu area in the northern section of the Rhône. The classification was made as early as 1936 and with only 3.5 hectares of vineyards, it is one of the smallest appellations in France. From 1820 onwards, it was solely owned by the Neyret-Gachet family or their descendants for 180 years. However, the vineyard of the same name is called Château Grillet (without hyphen). After the death of her father, André Canet, it was managed by Isabelle Baratin-Canet since 1994. This is the only case where a complete appellation is in sole ownership and there is even (almost) equality of name between the winery and the AOC designation. Finally, in March 2011, the property was bought by the French industrialist François Pinault (*1936), who also owns Château Latour. 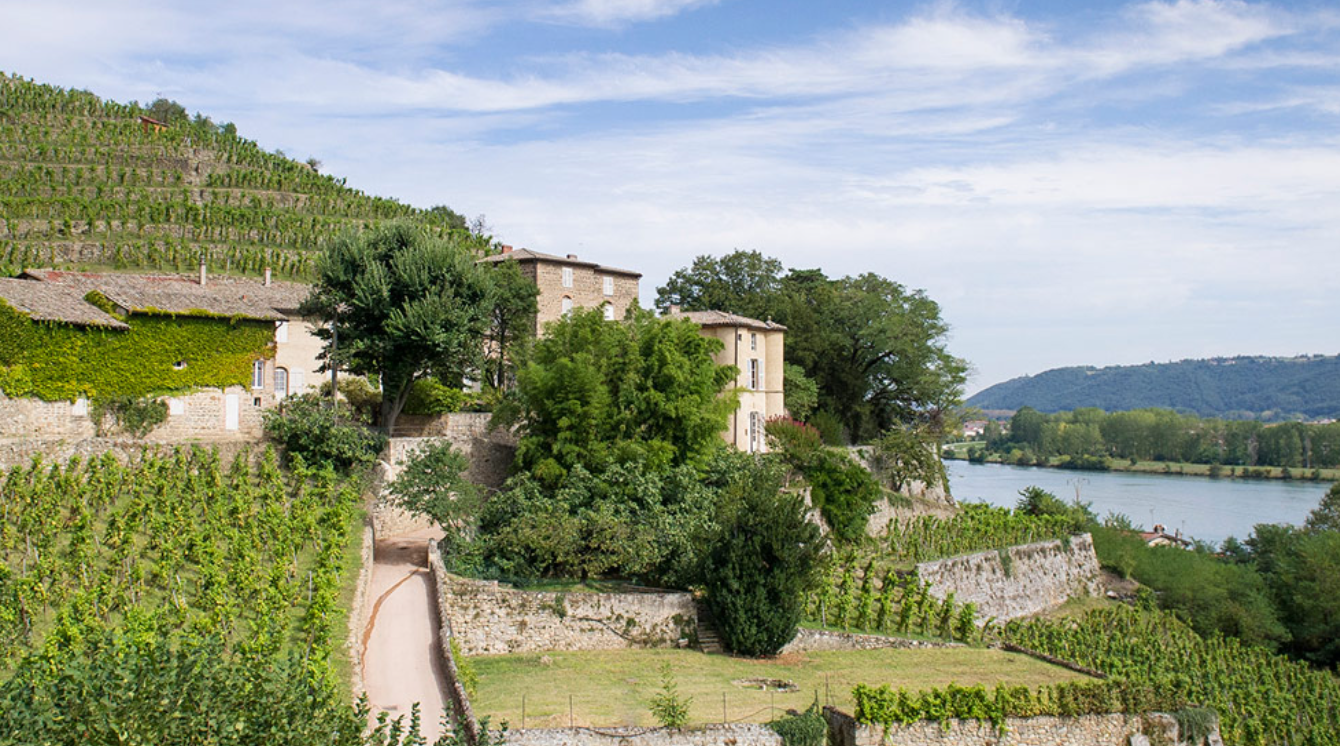 The extremely steeply terraced vineyards are situated 150 metres above the Rhône at an altitude of up to 250 metres above sea level on a granite subsoil with a sand-clay mixture layer. They extend over the two communes of Saint-Michel and Vérin in the Loire department on the right bank of the Rhône and form a sun-drenched amphitheatre high above the river, opening to the southeast. The name is derived from "grillé" (grilled or roasted) and refers to the sunny location. The extremely low yield is an average of 26 hl/ha. This white wine, which was already mentioned in many travel reports in the 17th century and was much praised, is made from 100% pure Viognier and matures for 18 to 24 months in . It is often described as one of the best white wines in the world and already inspired the mathematician Blaise Pascal (1623-1662) and the US president Thomas Jefferson (1743-1826). Only 10,000 to 12,000 bottles of this long-lasting wine are produced annually.