This small appellation in the French wine growing region Jura is exclusively for Vin Jaune. It comprises 45 hectares of vineyards in the municipality of Château-Chalon, named after a monastery, and in three neighbouring municipalities. It is in this monastery that the Vin Jaune was allegedly "invented". Among the noble lovers of wine from this area were King Henri IV. Queen Juliana of Holland (1909-2004) and the last Russian Tsar Nicholas II (1868-1918). The exceptional soil consists of black marl and limestone. A commission annually checks the quality of the grapes. In bad years the appellation is not used, for example, this was the case for the 1974, 1980, 1984 and 2001 vintages. The spicy wines from Château-Chalon are among the best vin jaunes of the four appellations, where this wine is made from Savagnin Blanc(Traminer). The alcohol content of 12% vol. is slightly higher than in the other areas. Only about 50,000 bottles are produced annually. Well-known producers are Domaine Berthet-Bondet, Jean Bourdy, Philippe Butin, Daniel et Pascal Chalandard, Franck Guigneret, Domaine Jean Macle and Domaine de la Pinte. 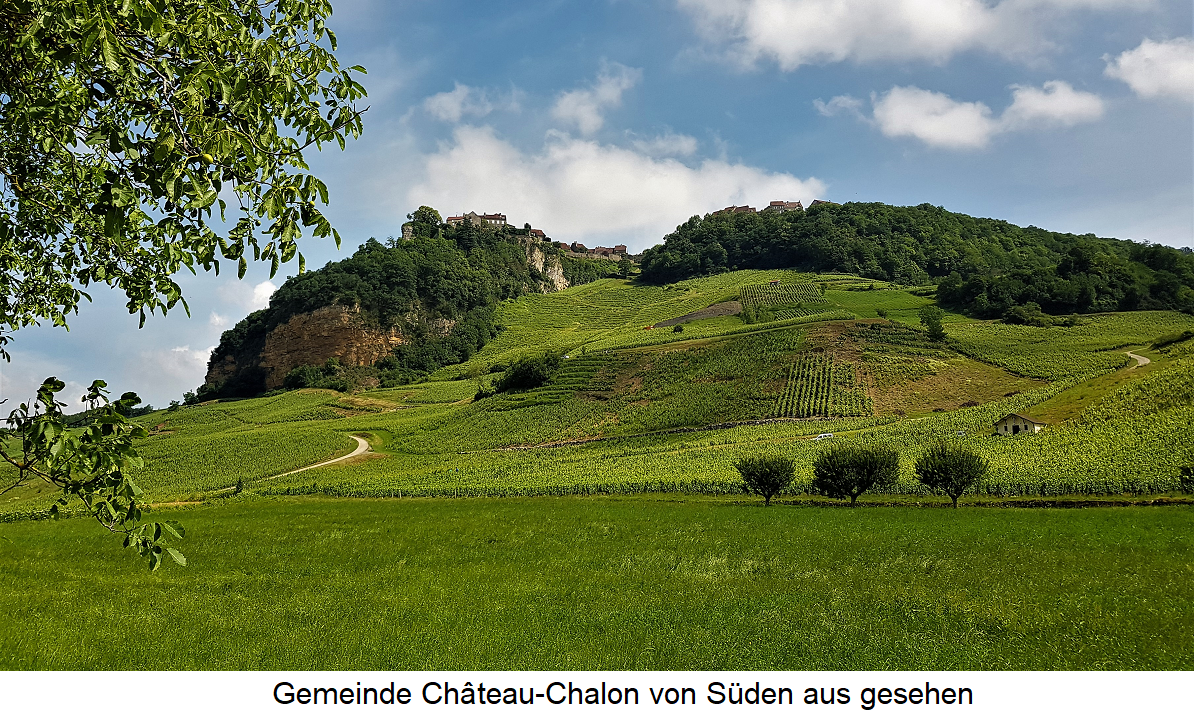