Unfortunately there is no information about Carcavelos DOC available.

DOC area west of Lisbon on the north side of the Tejo estuary in the Portuguese region of Lisboa. The appellation was already established in 1907. In the 18th century, the Portuguese Prime Minister Marquês de Pombal (1699-1782) owned a vineyard with a castle near Oeiras. He issued a decree that Carcavelos wine could be blended with port wine. At that time, Carcavelos wine was very popular in England and fetched the highest prices at an auction at Christie's in London in 1769. In the 19th century, the wines from Carcavelos were famous and were equated with Port, Madeira and Moscatel de Setúbal. In the past, the vineyards, which are much larger than today, were spread out like islands between Cascais in the west and Lisbon in the east. Today, the vineyards north of Oeiras and west of Cascais on calcareous red earth soils cover only 12 hectares. The maritime-Atlantic climate is characterised by mild winters and not too hot, dry summers and sufficient rain in late autumn and winter. 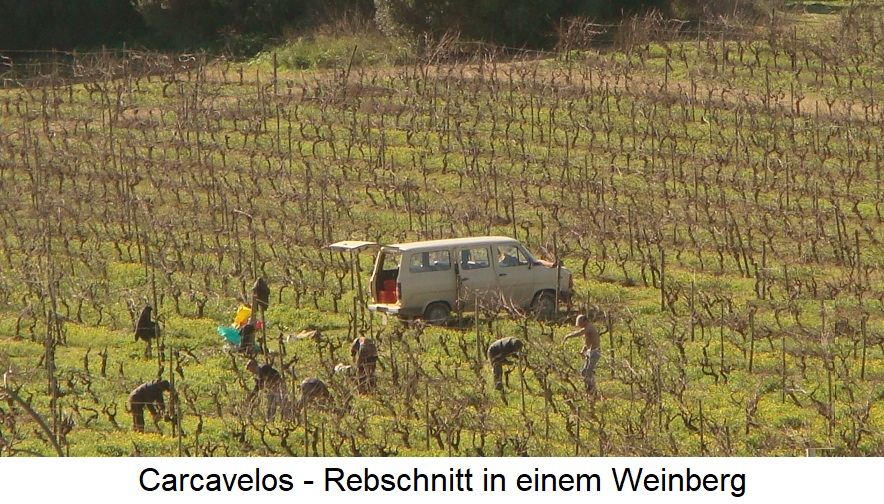 The dessert wine is a cuvée of alternatively up to eight varieties. It consists of at least 75% of the white Arinto, Galego Dourado and Ratinho and the red Castelão Francês and Preto Martinho. The remaining 25% is made up of the white Rabo de Ovelha and Seara Nova and the red Trincadeira Preta. The individual varieties are fermented separately. After blending, vinho abafado (fortified, half-fermented grape must of mostly Galego Dourado) is added and the wine is fortified with ethyl alcohol to at least 16 to 20% alcohol by volume. It matures for three to five years or more in small oak barrels. Similar to a tawny port (with which it was also blended in the past), Carcavelos is matured dry, semi-dry or semi-sweet and has aromas of nuts, vanilla, tobacco, almonds and dried fruit. Depending on the grape varieties used or the type of ageing, the colour can range from cognac to topaz (yellow) to brown-red