The Canary Islands (Spanish: Canarias), a group of islands belonging to Spain and covering about 7,500 km², are located in the Atlantic Ocean off the northwest coast of Africa. That is 1,100 km from mainland Spain, but the easternmost island, Lanzarote, is only 100 kilometres from Africa(Morocco). When the Romans landed on the island of Fuerteventura in ancient times, they found numerous packs of wild dogs, so they named the island "Insula Canaria" (Island of Dogs). In 1402, a Spanish ship landed on Gran Canaria and found the original Guanche population there, living as they did in the Stone Age. The Spaniards and Portuguese brought their native grape varieties with them until the end of the century and founded viticulture. At that time, sweet, alcohol-heavy wines were popular, made from the white varieties Moscatel and Malvasia. The wine was called "canary sack" and was exported in large quantities to England and northern Europe. By the time of William Shakespeare (1564-1616), the island wine was already famous; in "What You Will", Sir Toby Belch asks for "a cup of canary".

The seven main islands are Fuerteventura, La Gomera, Gran Canaria, El Hierro, Lanzarote, La Palma and Tenerife; wine is grown on all of them. They are volcanic islands. For this reason, the soil is volcanic and ideally suited for viticulture. The most recent eruption from September 2021 on La Palma caused severe damage by destroying vineyards. The subtropical and pleasant climate, which is constant throughout the year, has earned the archipelago the nickname "Islands of Eternal Spring". The flora is characterised by a high diversity of species and a high proportion of autochthonous plant species. The vineyards cover around 9,000 hectares. A special feature are the exclusively ungrafted vines, as the archipelago was largely spared from phylloxera. 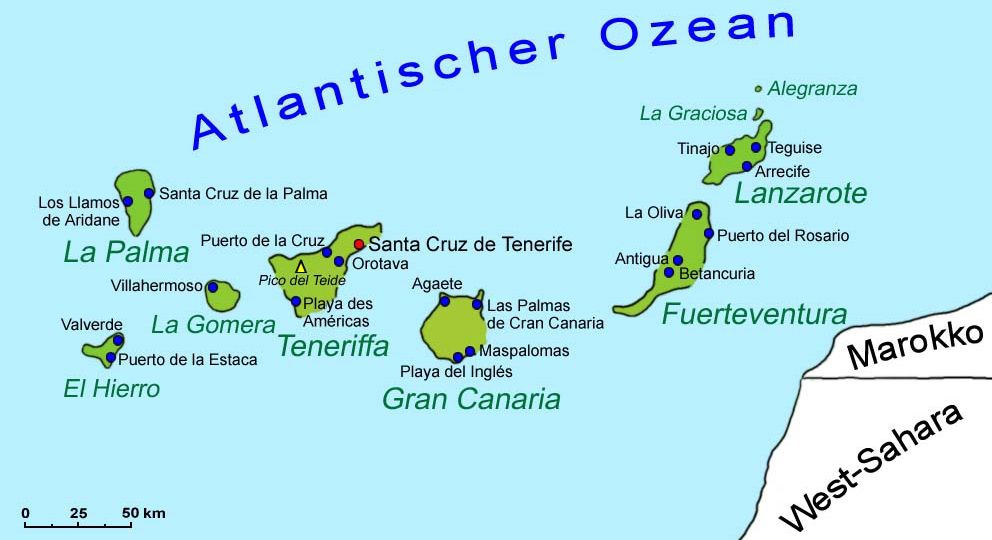 The Englishman John Hill first planted vines here in 1626. The terraced vineyards of the DO area of the same name with almost 300 hectares reach up to 700 metres above sea level. It is best known for white wines from the Vijariego Blanco variety. These account for around 70% of production and are also made from the other Canary varieties. The red wines are mainly made from Listán Negro and Negramoll. The best sweet wines are made from noble rot grapes.

The DO area of the same name comprises around 450 hectares of vineyards at an altitude of up to 850 metres above sea level (the former second DO area Monte Lentiscal has been abandoned or integrated). The vineyards are located around the capital Las Palmas and in the north-east of the island. The most famous wine, which also established the DO status, is "Tinto del Monte" (mountain wine) from the Listán Negro variety.

With 370 km² the second smallest island. The DO area of the same name covers around 100 hectares of vineyards on steeply terraced slopes fortified with stone walls.

In 1730, there was a volcanic eruption that lasted six years and covered the entire island with a layer of lapilli (small stones) and black ash. The DO area, which covers the entire island, comprises around 2,300 hectares of vineyards in the five municipalities of Haría, San Bartolomé, Teguise, Tinajo and Yaiza. It is divided into four subzones: La Geria in the south, San Bartolomé -Tías in the centre, Tinajo in the west and Haría - Ye in the north. The climate is extremely dry. The vines are planted in artificially created hollows (hoyos) up to three metres deep and enclosed with semicircular stone walls made of basaltic lava boulders to protect them against the north-east trade winds and drying out. A speciality is fortified sweet wines with a high alcohol content. The best wines are made from vines up to a hundred years old. The bodega "El Grifo", founded as early as 1775, runs a wine museum worth seeing and is famous for its Malvasia wines. 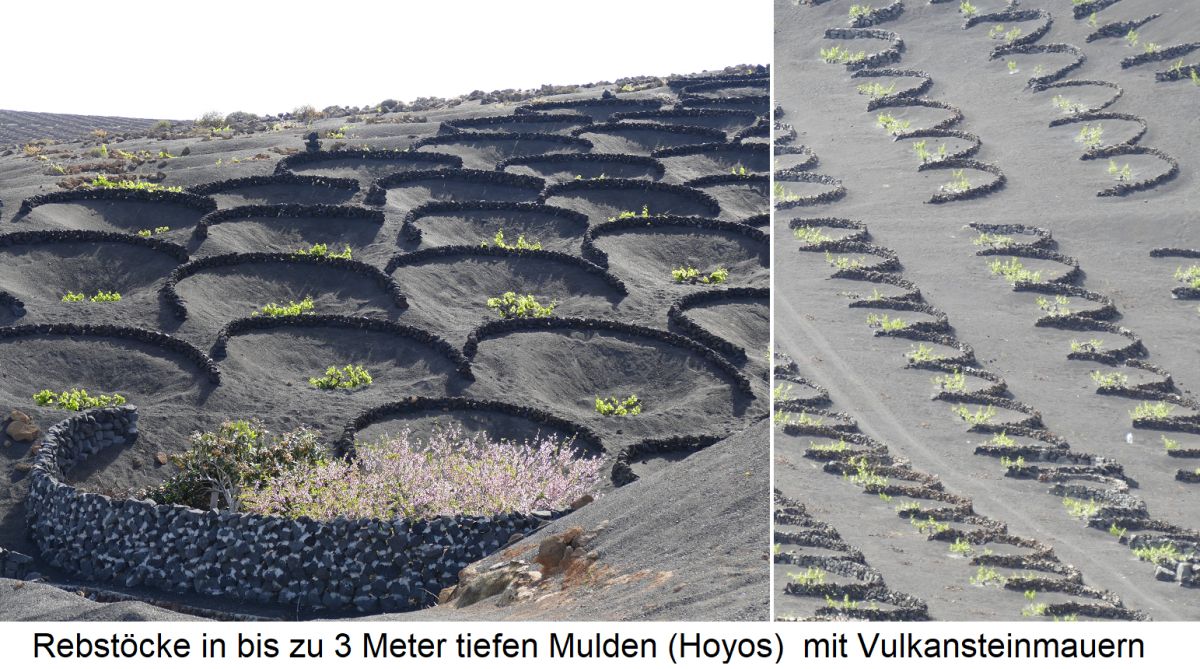 This is also known as "La Isla Bonita" (the beautiful island). The DO area of the same name with over 1,000 hectares of vineyards consists of the three subzones Fuencaliente-Las Manchas, Hoyo de Mazo and Norte del Palma. White wines from the classic varieties are pressed to 80%. Some of the sweet wines produced are fortified. A speciality is the white wine "Vino de Tea" from Albillo. It is named after a native type of pine tree from which the 500-litre barrels are made for ageing.

Sources of Purchase for Canary islands 18