The region (Ital. Campania) with the capital Naples lies in the southwest of Italy along the Tyrrhenian coast near the "bootstrap". Only the regions of Apulia, Calabria and Sicily lie further south. It is one of the oldest wine-growing regions in Italy, with viticulture dating back to the Etruscans. Greek colonists founded colonies here and in neighbouring Calabria probably as early as 1,000 BC and called the area Oinotria (land of vines raised on stakes). Later, the Romans perfected viticulture here and called the area "Campania Felix" (happy land) because wine thrives here due to the alluvial and volcanic soil and the abundant sun. 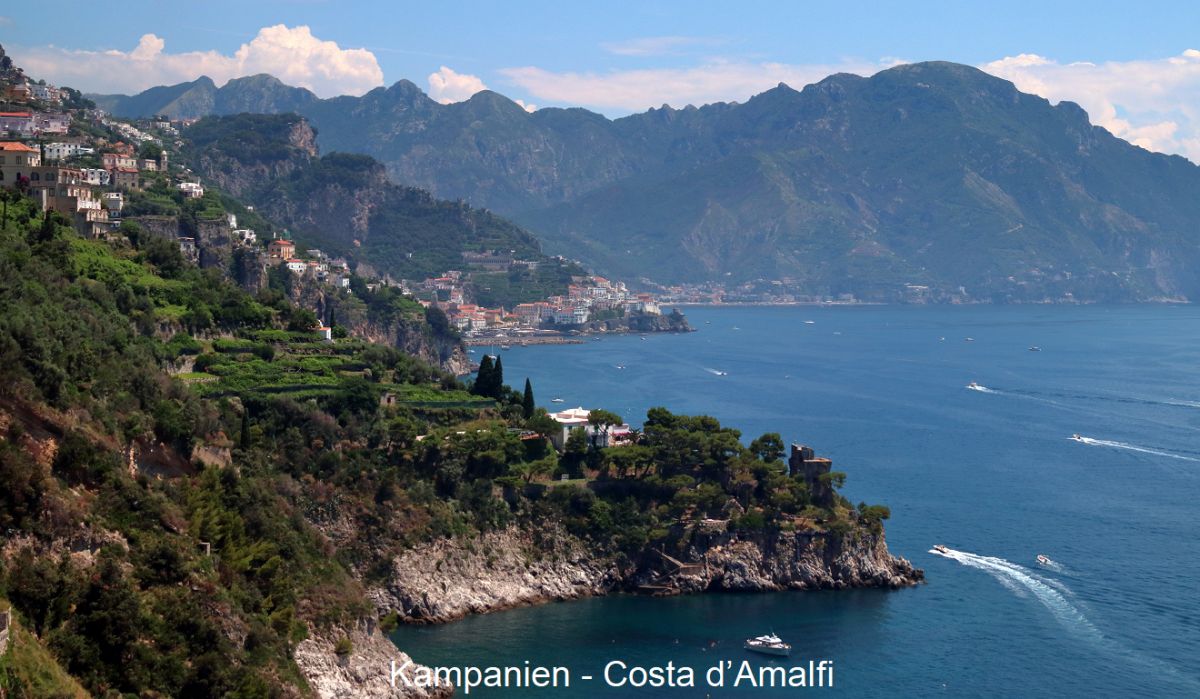 The best ancient wines of the Roman Empire came from the slopes of Mount Vesuvius, from Sorrento and the islands of Capri and Ischia. These were Caecuber, Falernese and Surrentine, of which the famous Roman authors Horace, Pliny and Virgil raved. The city of Pompeii, which was completely destroyed by the eruption of Vesuvius in 79 BC, developed into a wine trading centre and was Rome's main supplier. As late as the 16th century, the wines from the Kingdom of Naples were still considered the best in Italy. With the fall of the "Kingdom of the Two Sicilies" in 1860, a decline began that is now slowly being made up for.

The vineyards cover around 25,600 hectares of vines. The vast majority is on the mainland, but there are also small areas on the islands of Capri and Ischia. The Mediterranean climate with the influence of the nearby sea, the sun-drenched slopes, the protective mountains as well as the volcanic soils offer an ideal basis for viticulture, especially in the provinces of Avellino and Benevento. The higher areas with hot dry summers and cold winters are particularly suitable for red wine varieties. Due to the poverty in this region, as well as devastation caused by earthquakes in the 1960s, this is not fully exploited. However, the region is gaining importance again due to new quality demands.

Picture: by Emphyrio on Pixabay

Sources of Purchase for Campania 17

In this section you will find
currently 144,756 Wines and 22,894 Producers, including 2,432 classified producers.
Rating system Their sources in Wine Guide Wine Samples