Unfortunately there is no information about Brouilly AOC available.

The southernmost and, with 1,315 hectares of vineyards, the largest of the ten cru sites in the French Beaujolais region comprises the six municipalities of Ciercié, Charentay, Odenas, Quincié, Saint-Étienne-la-Varenne and Saint-Lager. The commune of Brouilly is also known for the history of the vineyard "Pisse-Vieille" (which is also mentioned on the labels), whose name comes from the following event: 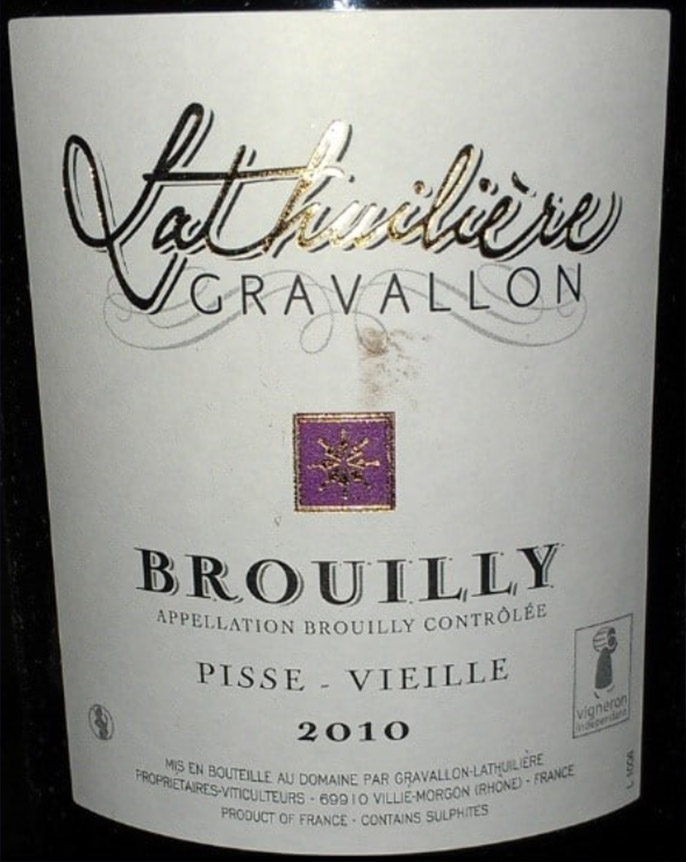 an old woman named Mariette from the commune of Brouilly went one day to the church for confession, where a young parish priest had recently been in office. The priest was not familiar with the local dialect and did not know that the woman was hard of hearing. After confession he gave her the order to repent: "Allez! Et ne péchez plus!", which means "Go and sin no more". But Mariette understood "Allez! ..."Go and piss no more." As a devout Catholic, the woman went home and tried to observe the ban. Of course, after a while, she began to have serious physical problems, which her husband noticed. She only told her husband that she had received a very heavy order of penance, but not exactly what. The husband then went to church and learned the truth from the pastor. Then he hurried home and called his wife to "Piss - vieille!", which means in German "go pee - old woman!"

The vineyards are located at the foot of the 483-metre-high Mont Brouilly, an extinct volcanic cone. The complex soil structure ranges from granite on the west side to slate in the centre and terraces of alluvial sand in the east. Here, in addition to Gamay, the white varieties Chardonnay, Aligoté and Melon de Bourgogne, which are cultivated in small quantities, are also permitted for red wine up to a maximum of 15%. The wines are only at their peak from three to four years. In the middle of this area lies the cru-location Côte-de-Brouilly as an enclave.