Spain is a group of islands in the western Mediterranean Sea with a land area of over 5,000 km². The history of the Balearic Islands has always been strongly connected with the region of Catalonia, that is why Catalan is spoken there today (besides Castilian). Many places got Catalan names again after the Franco-rule from the middle of the 1970ies. The centre with Mallorca is located approximately 260 kilometres at the east of the Spanish mainland at the height of Valencia. The five main islands are Mallorca, Menorca, Cabrera, Ibiza and Formentera, as well as 146 uninhabited islands. Politically, the Balearic Islands are divided into the two provinces of Gimnesias in the north (Mallorca, Menorca, Cabrera) and Pitiusas (Eivissa, Formentera) in the southwest.

Probably the Phoenicians brought viticulture to the Balearic Islands. Under Roman rule, wine was praised by Pliny the Elder (23-79). During the almost five centuries of Arab rule from the 8th to the 12th century, viticulture only lasted because dried grapes were a very popular foodstuff due to their long shelf life. In 1221, Jaime I conquered (1213-1276) conquered the islands and later founded his own kingdom of Aragon (which also included French Roussillon and Spanish Catalonia ), which lasted until 1343. During this period, wine from Mallorca was even delivered to the Spanish royal court in Madrid.

At the beginning of the 19th century, the area under vines was around ten times larger than it is today. At the end of this century, the phylloxera put an abrupt end to this in only three years. The tourist boom from the beginning of the 1960s onwards led to an increase in wine consumption, but the wines at that time were of rather poorer quality. Today, viticulture is concentrated on the largest island, Mallorca (3,640 km²), but is less important on the other islands. In the 19th century it was famous for its sweet Malvasia wines, which were equal in quality to Madeira. However, after the phylloxera catastrophe the vine was hardly planted anymore. All the islands have a warm and dry climate with around 300 days of sunshine a year. 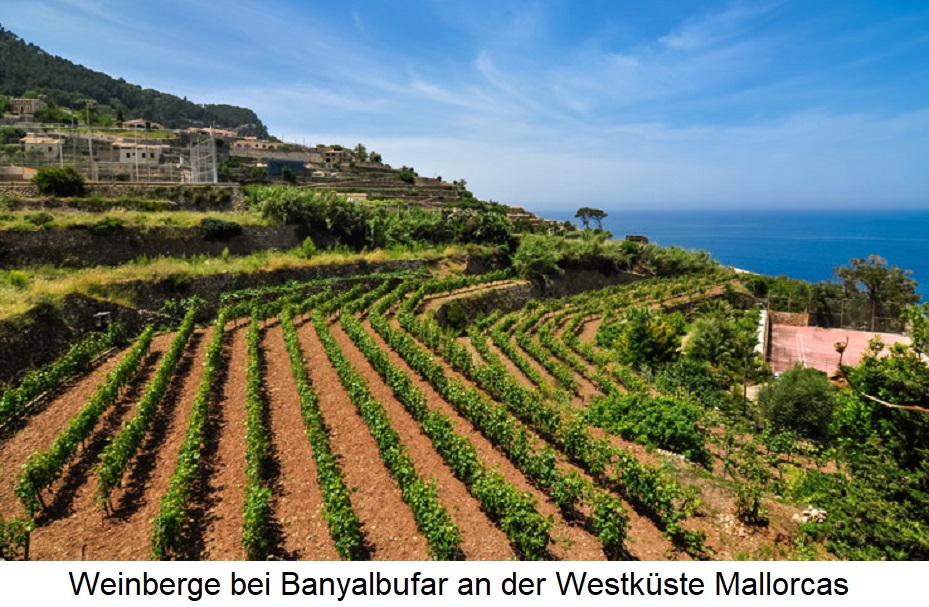 Sources of Purchase for Illes Balears 31