The region of Apulia (Italian: Puglia) with its capital Bari lies deep in the south of Italy on the Adriatic coast. The elongated region consists of the spur (the Gargano mountains) and the heel (the Salento peninsula) of the boot. The name goes back to the Apuli; a tribe of the Oscians. The area is one of the oldest wine-growing regions in the world, as the Phoenicians and Greeks planted vines here 3,000 years ago. The Romans particularly appreciated the wine from Tarentum (port city of Taranto) and the poet Horace (65-8 BC) described the area as a place of "eternal spring". The Staufer Emperor Frederick II (1194-1250) was King of Sicily from 1198 and stayed in Italy for 28 years. Near Bari, he had the Castel del Monte built with an octagonal main building, around which eight likewise octagonal towers are grouped. 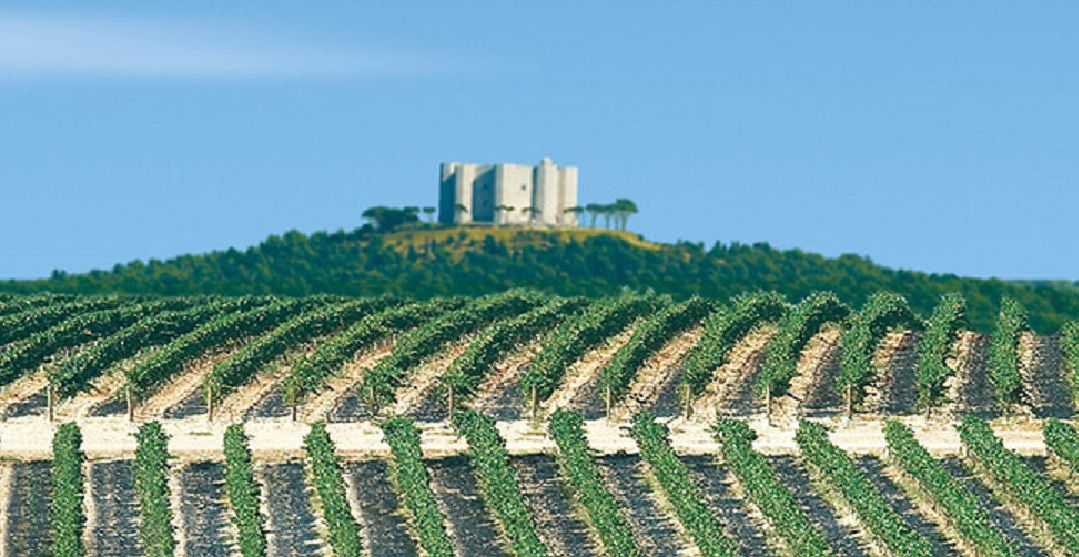 The vineyards cover 88,000 hectares of vines. Puglia produces the most wine in Italy. That is why the region is also called the "wine cellar of Italy or Europe". Together with Sicily, it is at the top of the Italian wine production volume. The best qualities grow on the Salento peninsula, climatically favoured by the proximity of the Adriatic and Ionian Seas. Quality wines, however, account for only less than 10% of the volume. A large part of the wines is used for the distillation of industrial alcohol and for the production of simple mass wines. The IGT (country wines), DOC and DOCG (quality wines) areas in Puglia are:

Sources of Purchase for Apulia 23