Set a new bookmark for the wines of Weingut Tement. The currently tasted wines then appear on your personal Wine Reviews homepage.
Only Members can bookmark

About Producer Weingut Tement, Berghausen is a premium member of wein.plus 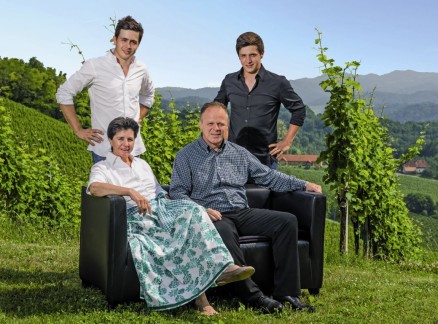 The family winery is situated on a small mountain plateau above the Zieregg reed in the Austrian wine-growing region of Südsteiermark. From here, a panoramic view is possible, which extends as far as...
More

The family winery is situated on a small mountain plateau above the Zieregg reed in the Austrian wine-growing region of Southern Styria. From here, a panoramic view is possible, which extends as far as the neighbouring country of Slovenia and southern Eastern Styria. In 1976, at the age of 16, Manfred Tement took over the then only 2.5 hectare farm and expanded it to its current size. In 2002, the wine cellar above the Zieregg vineyard was opened after a three-year construction period. It was built into a former coral reef that was created 20 million years ago. The vineyards of the family business comprise around 80 hectares of vineyards in the locations Grassnitzberg, Hochkittenberg, Ottenberg, Sernauberg, Steinbach, Sulz, Wielitsch and Zieregg (in the picture). The latter extends to the Slovenian region, where for some years now also areas have been cultivated. 95% of the white wine varieties Sauvignon Blanc (40% of the total area), Welschriesling,Pinot Blanc, Morillon (Chardonnay), Gelber Muskateller and Gewürztraminer, the small remainder with the red wine varieties Zweigelt and Cabernet Sauvignon are cultivated. 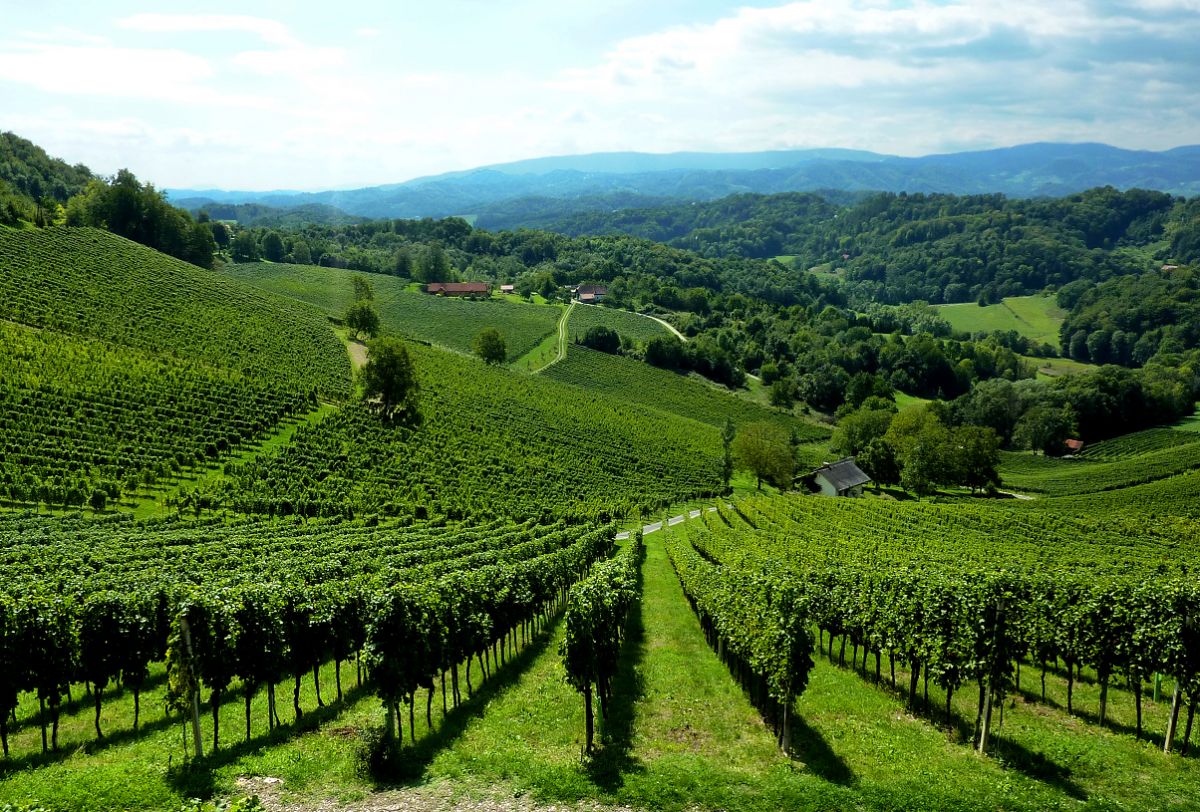 Depending on variety and location, there is a yield limit of between 35 and 55 hectolitres per hectare. Selective grape harvesting in several stages ensures that only healthy and fully ripe grapes are processed. Depending on the type of wine, the wines are aged in steel tanks, in large neutral oak barrels or in used barriques. They are marketed according to the specifications of the Styrian Terroir & Classic Wineries in the levels "Steirische Klassik STK", "Erste STK Lage" and "Große STK Lage". Around 450,000 bottles of wine are produced annually. Since the 2009 vintage, a Sauvignon Blanc has been produced from grapes from the Slovenian ornamental vineyard under the name "Fosilni Breg" in accordance with Austrian quality criteria. The three winegrowers Franz Xaver Pichler (Oberloiben), Illa Szemes (Pinkafeld) and Manfred Tement jointly created the red wine brand Arachon T.FX.T, which is produced in the municipality of Horitschon (Central Burgenland).