Where to buy wines of Weingut Sonnenhof?

Set a new bookmark for the wines of Weingut Sonnenhof. The currently tasted wines then appear on your personal Wine Reviews homepage.
Only Members can bookmark 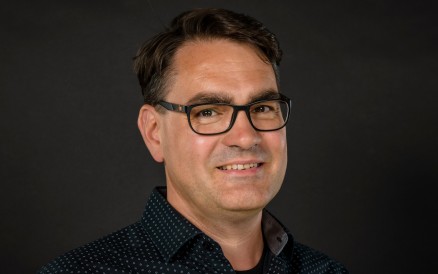 The winery is located in the municipality of Vaihingen-Gündelbach (Württembergisch Unterland area) in the German growing region of Württemberg. The origins are the farms of the Bezner and Fischer fami...
More

The winery is located in the municipality of Vaihingen-Gündelbach (Württembergisch Unterland area) in the German growing region of Württemberg. The origins are the farms of the Bezner and Fischer families, whose winemaking tradition dates back to 1522. The farms were merged in 1973 and have been run by the brothers Martin Fischer (farm manager) and Joachim Fischer (cellar master) since 2008. The vineyards cover 40 hectares of vineyards in the single vineyards Wachtkopf (Gündelbach), Heiligenberg (Häfnerhaslach), Kirchberg (Hohenhaslach), as well as Liebenberg (Ochsenbach and Spielberg). About 80% of them are planted with the red wine varieties Lemberger, Trollinger Spätburgunder, Muskattrollinger, Dornfelder, Schwarzriesling, Samtrot, Regent, Cabernet Sauvignon, Cabernet Mitos, Acolon, Merlot and Syrah, as well as the white wine varieties Riesling, Grauburgunder, Chardonnay, Rivaner, Kerner, Gewürztraminer and Muskateller

The name of the winery also symbolizes the connection with the environment. From a solar plant and a wind turbine, the complete electricity needs of the farm are covered. It is consistently environmentally friendly, sustainable viticulture with the application of compost, cover crop (already since 1973), fertilization according to soil analysis and methods of biological pest control with beneficial insects. In 2007, an own weather station was put into operation, the data of which allows an evaluation of the current condition of the vineyards and their optimal care. The vinification is carried out with the aim of clearer, purer and more varietally typical wines. These are produced in the lines estate wines, site wines (S-class) and Hades-Barrique wines. The winery is a founding member of the HADES and German Barrique Forum associations, as well as Gutskomplizen
Weingut Sonnenhof Region: Germany Württemberg
One of the best producers of the region
wein.plus Business Premium Member
In this section you will find
currently 144,826 Wines and 22,894 Producers, including 2,432 classified producers.
Rating system Their sources in Wine Guide Wine Samples
Bookmark