Set a new bookmark for the wines of Weingut S.A. Prüm. The currently tasted wines then appear on your personal Wine Reviews homepage.
Only Members can bookmark

About Producer Weingut S.A. Prüm, Bernkastel-Wehlen is a premium member of wein.plus 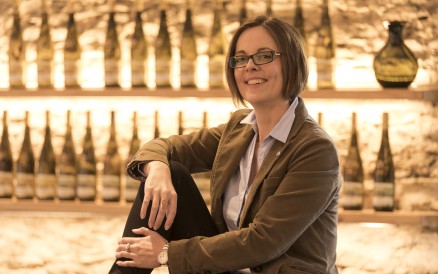 The winery is located in the municipality of Wehlen, a district of Bernkastel (Mittelmosel area) in the German Mosel wine-growing region. It is the ancestral estate of the Prüm family's holdings, whic...
More

The winery is located in the municipality of Wehlen, a district of Bernkastel-Kues (Mittelmosel area) in the German Moselle wine-growing region. It is the ancestral estate of the Prüm family's holdings, which have since been divided up. It was founded by Sebastian Alois Prüm (1794-1871). After the death of his son Matthias (1835-1890), the estate was divided among his children in 1911. Sebastian Alois (1877-1959), named after the founder, received one of the largest parts. In 1971, the estate was taken over by his grandson Raimund Prüm alias "Roter Prüm". It was divided into six parts in 1964, but has since been largely reunited with the annexation of the Wehlener and Graacher vineyards of the Jos. Christoffel jr. estate. A guest house is attached. Daughter Saskia Andrea Prüm joined the winery in 2005 after several years of wandering in many wine-growing regions of the world and studying in Geisenheim as a graduate viticultural engineer and took over responsibility for the estate in 2017. She is the first female winery owner in the family. Her initials also correspond to the name of the winery, as they did for the founder.

The vineyards cover 15 hectares of vineyards in the individual vineyards Bratenhöfchen, Graben, Johannisbrünnchen, Lay and Matheisbildchen (Bernkastel), Domprobst and Himmelreich (Graach), Schlossberg (Sommerau), Sonnenuhr (Wehlen), as well as Herrenberg and Treppchen (Erden). The famous Sonnenuhr in the Wehlen vineyard of the same name was built in 1842 by Jodocus Prüm (1807-1876). The best wines come from here, some of them from ungrafted vines. The area around the sundial is maintained as a museum vineyard, as the oldest vines are here, dating back to 1905.

The wines are fermented spontaneously for the most part. They mature in steel tanks or in Mosel barrels. Sweetness reserves, aroma-enhancing pure yeasts and chemical deacidification are not used. The wines with storage and ageing potential are sealed with natural corks, the wines to be consumed young with screw caps. They are produced in the three-tier VDP classification model and marketed with the historic winery label. A number of contract winegrowers produce grapes on steep slopes according to specifications. This grape harvest is generally graded to quality wines without reference to producer or estate bottling and marketed under the name R. Prüm with a modern label. Around 130,000 bottles of wine are produced annually. The winery is a founding member of the VDP (Association of German Prädikat Wine Estates).