Set a new bookmark for the wines of Weingut Manincor. The currently tasted wines then appear on your personal Wine Reviews homepage.
Only Members can bookmark 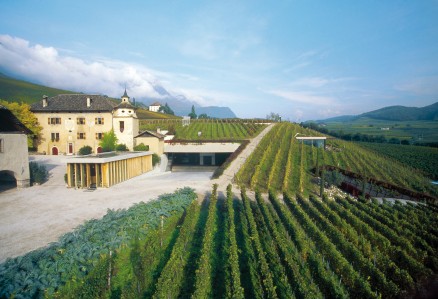 The winery is located in the municipality of Kaltern in the Überetsch (province of Bolzano) in the Italian wine-growing region of Südtirol ( Trentino-Südtirol rol region). The historic buildings of th...
More

The winery is located in the municipality of Kaltern in the Überetsch (province of Bolzano) in the Italian wine-growing region of South Tyrol ( Trentino-South Ty rol region). The historic buildings of the winery date back to 1608 and were built by Hieronymus Manincor, to whom Emperor Matthias (1557-1619) had given the land around Lake Kaltern for his services to Austria and at the same time raised him to the rank of nobleman. The family coat of arms "Man-in-cor", loosely translated means "hand on heart". In 1978, the estate passed into the possession of the Counts Enzenberg and has been owned by Michael Count Goëss-Enzenberg since 1991. At that time, the farm was a sought-after grape producer for the cooperatives in Kaltern and Terlan. After renovation of the vineyards and introduction of near-natural cultivation, production began in 1996 in the winery's own cellar facilities. In 2004 a newly built cellar was opened, which is considered an international example of contemporary cellar architecture. Helmuth Zozin is the director and oenologist in charge. The total estate comprises 300 hectares of fruit, vine, forest and meadows. 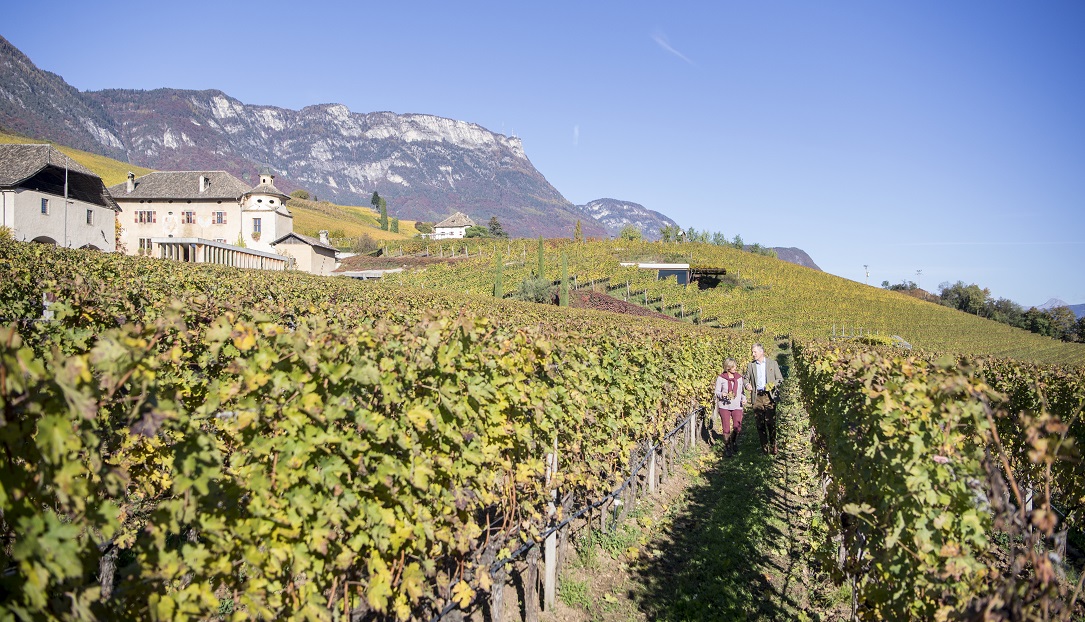 The vineyards cover 50 hectares of vines with mostly cru sites in Terlan and Kaltern. They are 60% planted with the red wine varieties Pinot Noir, Merlot, Cabernet Franc, Cabernet Sauvignon, Petit Verdot, Tempranillo, Syrah, Lagrein and Vernatsch, and 40% with the white wine varieties Pinot Bianco (Pinot Blanc), Chardonnay, Sauvignon Bl anc, Viognier, Petit Manseng and Moscato Giallo (Gold Muscat). Biodynamic viticulture with EU organic certification is practised, observing the phases of the moon. In the cellar, processing is carried out according to the so-called gravity-flow principle, i.e. pump-free operation with the use of gravity over three storeys and thus low stress on grapes, grape must and wine during vinification. Fermentation, ageing and processing of the wines are carried out according to non-invasive principles with a minimum of intervention (as much as necessary, as little as possible). The majority of the white wines and 100% of the red wines are fermented spontaneously, triggered by the natural yeasts from the vineyard. Pure yeasts are only added in exceptional cases.

The wines are produced in the three lines Hand (basic), Herz (from "great sites") and Krone (extreme selection from the best vineyards only in first-class vintages). With a strict site philosophy, each vineyard is vinified separately. The best are bottled as "heart and crown wines". The wines are matured 100% in wooden barrels. Some of them are made from wood from the estate's own oak forest. The premium wines of the house include the white wine Tannenberg (Sauvignon Blanc), aged for nine months in large wooden barrels, the red wine cuvée Cassiano (mainly Merlot and Cabernet Franc, as well as other varieties), aged for 18 months in barriques, and the red wine Mason di Mason (Pinot Noir), aged for 12 months in barriques. Around 300,000 bottles of wine are produced annually. The winery is a member of the two winegrowers' associations Freie Weinbauern Südtirol and respekt-BIODYN.