Set a new bookmark for the wines of Weingut Georg Breuer. The currently tasted wines then appear on your personal Wine Reviews homepage.
Only Members can bookmark

Where to buy wines of Weingut Georg Breuer?

About Producer Weingut Georg Breuer, Rüdesheim is a premium member of wein.plus 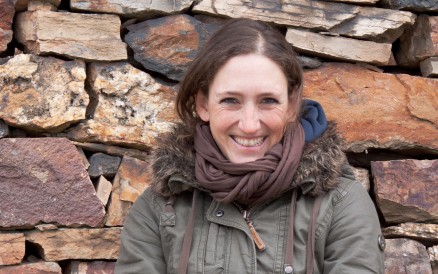 The winery in the municipality of Rüdesheim in the German Rheingau region of Rheingau was founded in 1880 by Bernhard Scholl and Albert Hillebrand as part of a wine shop. At the beginning of the 20th...
More

The winery in the municipality of Rüdesheim in the German wine-growing region of Rheingau was founded in 1880 by Bernhard Scholl and Albert Hillebrand as part of a wine shop. At the beginning of the 20th century, it was taken over by Peter Breuer and further expanded by his son Georg. Then, in the third generation, the brothers Bernhard and Heinrich Breuer took over the management. Together with Bernd Philippi (former owner of the Koehler-Ruprecht winery) and Werner Näkel (owner of the Meyer-Näkel winery), the Quinta da Carvalhosa winery was founded in 2000 in Portugal's Douro Valley. Already in 1997, together with Bernd Philippi and the South African Stephan du Toit, the wine estate Mont du Toit was founded. Bernhard Breuer, who died unexpectedly in 2004, was considered one of the most innovative German winemakers, meticulously working on the development of a dry Riesling and advocating the close link between wine and culture. In 1984, he founded the Charta Rheingau, which then merged into the VDP Rheingau in 1999. Today, the winery is managed by Theresa Breuer, assisted by the operations manager Hermann Schmoranz and cellar master Markus Lundén.

The vineyards cover 38 hectares of vineyards in the single vineyard sites Nonnenberg in sole ownership (municipality of Rauenthal), Berg Roseneck, Berg Rottland and Berg Schlossberg (municipality of Rüdesheim), as well as Pfaffenwies (municipality of Lorch). Riesling dominates with 32 hectares, the remaining area is planted with Pinot Noir, Pinot Gris and Pinot Blanc. The almost extinct historically important varieties of white Heunisch (Gouais Blanc) and Orléans are cultivated as absolute rarities. Since 2002, 200 to 300 bottles of the Orléans variety have been produced annually; the first vintage or maiden wine for White Heunisch was that of 2008. Organic (ecological) viticulture is practised, which primarily serves sustainability in the vineyard. This includes seasonal cover crop, planting leguminous plants instead of synthetic fertilisers, and not using pesticides such as herbicides. The high quality standards are achieved through extremely low yields (25 to 45 hl/ha) and the strictest selection of grapes.

Only the very best wines are marketed with a site designation. The second rank from the steep slopes is called "Terra Montosa", followed by the "Ortsrieslinge" (Estates) and the "Gutsrieslinge" (in the vinification types "Sauvage" = dry and "Charm" = semi-dry). Small quantities of Pinot Gris and Pinot Noir from particularly old vineyards are a speciality. Since the 1999 vintage, these have been bottled under the additional designation "B" (Bergterrassen). Furthermore, sweet wines such as Auslese, Beerenauslese and Trockenbeerenauslese are produced, the berries of which are manually sorted according to their degree of rot in an elaborate process. In addition, various noble brandies (Trebern, Geläger, Weinbrand) and bottle-fermented sparkling wines are also produced. The winery is a member of the German Barrique Forum, die Güter and Fair'n Green associations. The restaurant/hotel "Breuer's Rüdesheimer Schloss" is attached.