Set a new bookmark for the wines of Weingut Geheimer Rat Dr. v. Bassermann-Jordan GmbH. The currently tasted wines then appear on your personal Wine Reviews homepage.
Only Members can bookmark 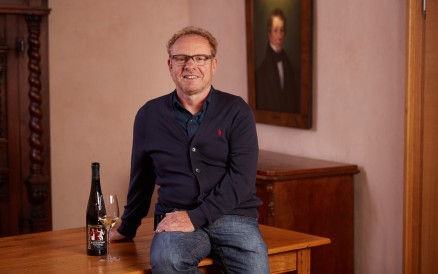 The history of the famous family is inseparably linked to the history of German quality viticulture. The ancestors were outstanding winegrowers, art connoisseurs, wine experts and actively involved in...
More

The history of the famous family is inseparably linked to the history of German quality viticulture. The ancestors were outstanding winegrowers, art connoisseurs, wine experts and actively involved in political life as mayors, members of parliament and as wine book authors. The origin is the Ketschauerhof, which was already mentioned in 1250. In 1783, Johann Peter Jordan (whose father had immigrated from Savoy in 1708) built an estate with a winery in Deidesheim, north of Neustadt an der Weinstraße, which has remained the centre of the estate to this day. Andreas Jordan (1775-1848) is considered the founder of the winery and also of quality winegrowing in the Palatinate. He bought the Ketschauerhof along with some of the best vineyards. A letter from this time has been preserved in which J. W. von Goethe (1749-1832) ordered the 1811 wine, which he often praised and called Comet wine, from the Bassermann estate in 1820 for a stay at a health resort.

Andreas Jordan attached great importance to planting only high-quality grape varieties, especially Riesling, and to carefully separating the growths (as opposed to the then customary Gemischter Satz). Especially worth mentioning are the extensive improvements to the vineyards by turning north-facing slopes into south-facing slopes with large earth movements, artificially raising south-facing slopes and draining many sites. He was followed by his son Ludwig Andreas Jordan (1811-1883), who continued the tradition and caused a sensation with his 1852 wines, selected in five varieties. He was succeeded by his son-in-law Emil Bassermann-Jordan (1835-1915).

His brother Otto was a friend and publisher of Wilhelm Busch (1832-1912), who wrote to him: "The Deidesheimer is a real treat for me - but - only 17 bottles left. I think you can get me, your nobility unharmed, a batch for a fee. Only soon - God willing - I will come in autumn and look forward to it". This was followed by Ludwig (1869-1914) and Dr. jur. Friedrich von Bassermann-Jordan (1872-1959), who managed the estate together. The latter published his book "The History of Viticulture" in three volumes in 1907, which is still considered a standard work today. The second expanded edition followed in 1923.

He subsequently published countless other wine-historical works, became an internationally recognised authority as a viticultural historian, exerted a decisive influence on the entire German viticulture for decades, and received numerous honours and titles, for example president of the Bavarian and vice-president of the German Viticultural Association (DWV). Friedrich von Bassermann-Jordan also significantly influenced the first German wine law. On the occasion of his 85th birthday, the DLG (German Agricultural Society) donated the "Friedrich v. Bassermann-Jordan Medal", which may be awarded to a maximum of ten living personalities who have rendered "outstanding services to the German wine industry". 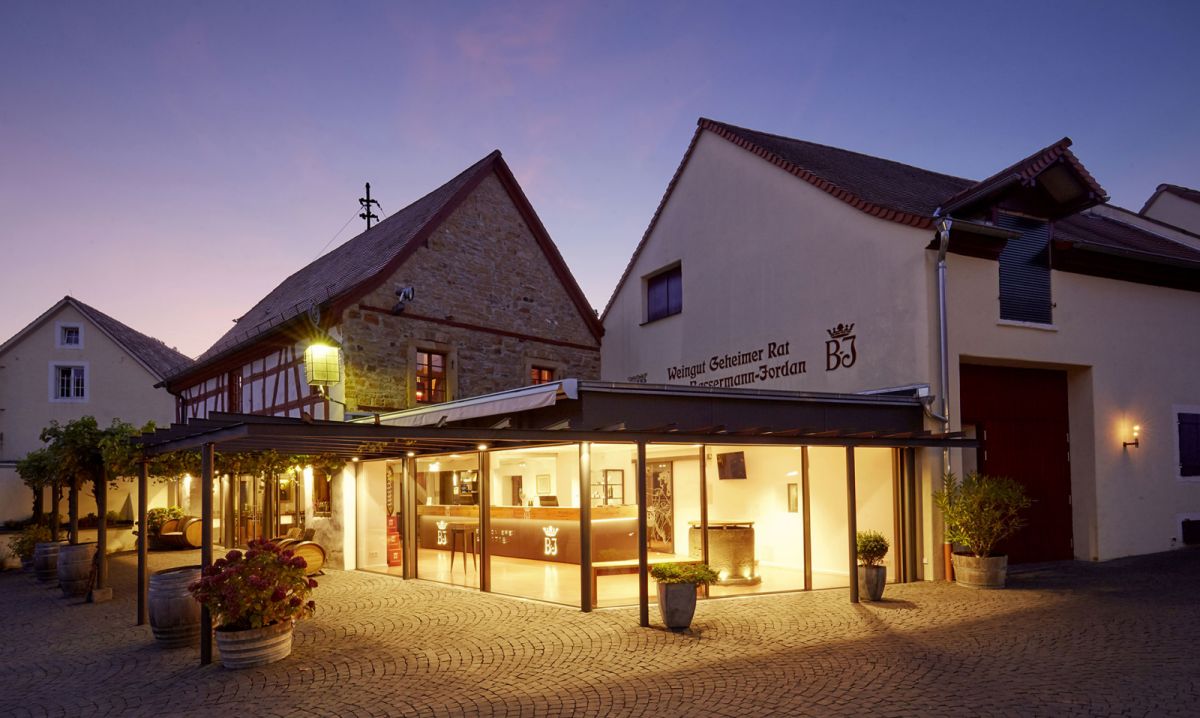 His son Ludwig von Bassermann-Jordan (1924-1995) managed the winery from 1959 onwards and particularly promoted the training of winegrowing specialists. After his death, his widow Margrit von Bassermann-Jordan (*1940) took over the management. In 2002, the winery was sold to the Neustadt entrepreneur Achim Niederberger. After his death in 2013, the winery is managed by Jana Niederberger together with Ulrich Mell (technical manager since 1997) and Gunther Hauck (commercial manager since 1998). The winery comprises 50 hectares of vineyards in the single vineyard sites Grainhübel, Herrgottsacker, Hohenmorgen, Kalkofen, Kieselberg, Langenmorgen, Leinhöhle, Mäushöhle, Paradiesgarten (Deidesheim), Hoheburg, Reiterpfad, Spieß (Ruppertsberg), as well as Freundstück, Jesuitengarten, Kirchenstück, Pechstein, Stift, Ungeheuer with Gewann Ziegler (Forst). 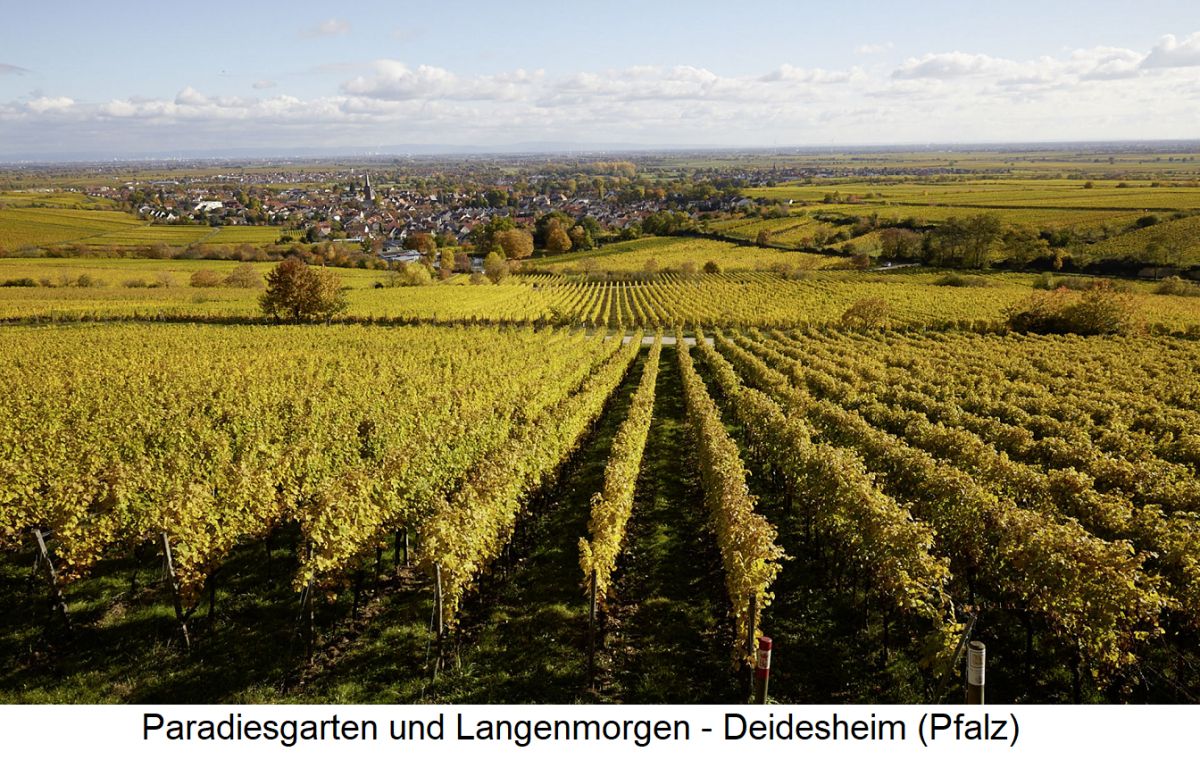 They are planted with the white wine varieties Riesling (90%), Chardonnay, Pinot Blanc and Pinot Gris, as well as the red wine varieties Pinot Noir and Merlot. The winery's cellar has a special position, as a wine museum with countless, most valuable artefacts has been created here over the centuries. It contains Roman amphorae from the 1st to the 3rd century, tin bottles from the time of the Thirty Years' War, a 1706 wine, one of the legendary 1811 Forster Ungeheuer as well as all vintages since the 1880s without a gap. The wines in the private collection are not for sale.