Set a new bookmark for the wines of Weingut Burg Ravensburg. The currently tasted wines then appear on your personal Wine Reviews homepage.
Only Members can bookmark

Where to buy wines of Weingut Burg Ravensburg?

About Producer Weingut Burg Ravensburg, Östringen-Tiefenbach is a premium member of wein.plus 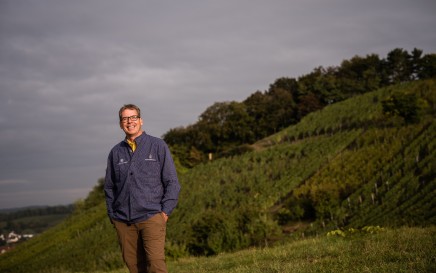 The winery is located in the municipality of Sulzfeld (Kraichgau area) in the German wine-growing region of Baden (Deutschland). There is documentary evidence that it has been cultivated since 1251, i...
More

The winery is located in the municipality of Sulzfeld (Kraichgau area) in the German wine-growing region of Baden. There is documentary evidence that it has been cultivated since 1251, i.e. for more than 750 years. The high quality of the vineyards was recognised as early as the 13th century by the Cistercian monks of Maulbronn Monastery who came from Burgundy. The Ravensburg is the former ancestral seat of the barons Göler von Ravensburg and is one of the most important surviving castles in the Kraichgau. Since 2012, the winery has been owned by "Weingüter Heitlinger & Burg Ravensburg GmbH" in Tiefenbach. The two wineries are completely separate in terms of wine law. They are only ten kilometres apart, and all wines are vinified in the winery in Tiefenbach, which was newly built in 2012. Claus Burmeister, who has also managed the Heitlinger winery since 2009, is the managing director. Daniel Rupp is responsible for the cellar technology. 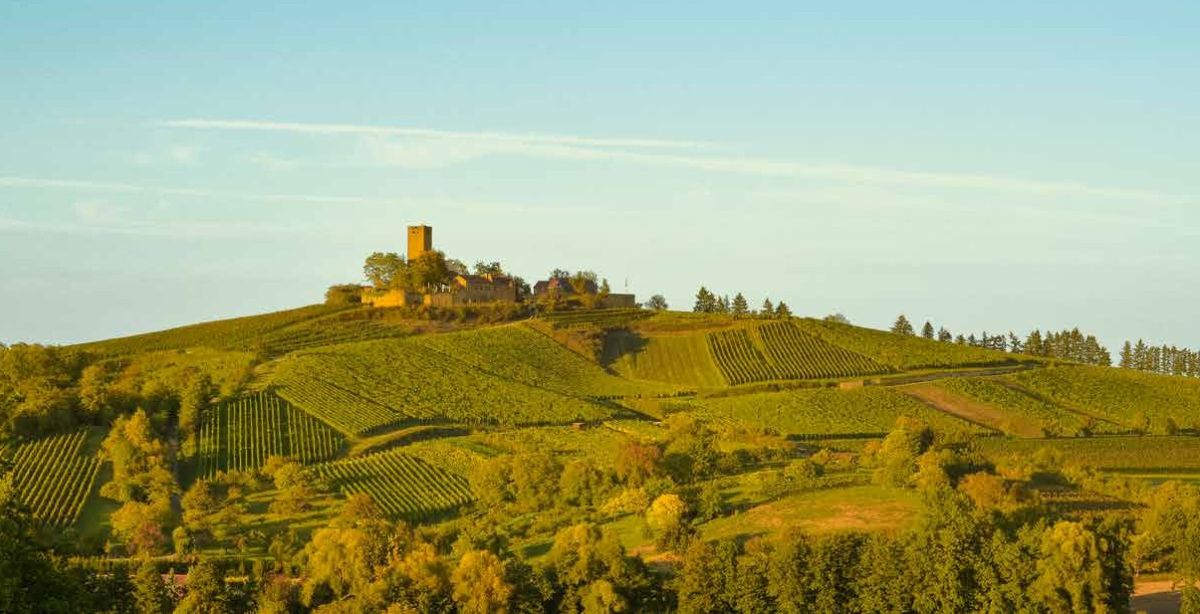 The vineyards cover 34 hectares of vines in the single vineyard sites Burg Ravensburger Dicker Franz, Burg Ravensburger Husarenkappe and Burg Ravensburger Löchle, all of which are monopolistically owned. The vineyards, which consist mainly of gypsum keuper, have an unusual microclimate that favours viticulture. They are planted with the varieties Riesling (35%), Lemberger (Blaufränkisch), Pinot Blanc, Pinot Gris and Pinot Noir. Since 2010, we have been working according to the certified guidelines of organic viticulture with the principles of sustainability. Since 2014, this has been done according to the rules of Biodynamic viticulture.

The focus is on biologically active soil as the ideal location for healthy and stable vines, and manual work is seen as the key to quality. No synthetic chemical substances are used that are foreign to nature. Biodiversity (variety of species) with diverse habitats for plants, animals and microorganisms is created through a cover crop with flowering, green under-seeds. All plots are individually cultivated depending on the wine quality level according to the VDP classification model(local wine to Grosses Gewächs). The average yield is 55 hl/ha. The exclusively manual, strictly selective harvesting in several passes and further sorting in the winery guarantees the processing of physiologically ripe and undamaged grapes.

In order to achieve a pronounced depth of aroma, the skins and juice of the grapes remain in contact with each other for up to six days under cooling in order to extract as much of the extract substances as possible before fermentation. This gives the wines a special individuality and storability. The work in the cellar is carried out with great care using pneumatic presses and gravity instead of pumps to transport the grapes, must and wine. The Grosses Gewächse are fermented spontaneously. The Burgundy varieties mature in large wooden bar rels and barriques. About 300,000 bottles of wine are produced annually. The winery has been a member of the VDP (Association of German Prädikat Wine Estates) since 2012.