Set a new bookmark for the wines of Tenuta delle Terre Nere. The currently tasted wines then appear on your personal Wine Reviews homepage.
Only Members can bookmark

Where to buy wines of Tenuta delle Terre Nere?

About Producer Tenuta delle Terre Nere, Randazzo is not a Premium Member of wein.plus yet

The winery is located in the municipality of Randazzo (metropolitan city of Catania) in the Italian wine region of Sizilien. It was founded in 2002 by the brothers Iano and Marco de Grazia. The estate...
More

The winery is located in the municipality of Randazzo (metropolitan city of Catania) in the Italian wine region of Sicily. It was founded in 2002 by the brothers Iano and Marco de Grazia. The estate covers a total of 55 hectares of land. Besides viticulture, there is also olive cultivation with 1,600 trees. The vineyards cover 45 hectares at an altitude of 600 to 1,000 metres above sea level on Etna ash soils, of which 27 hectares are between 50 and 100 years old. The vineyards are divided into six areas (crus): Bocca d'Orzo, Calderara Sottana, Feudo di Mezzo, Guardiola, San Lorenzo and Santo Spirito. 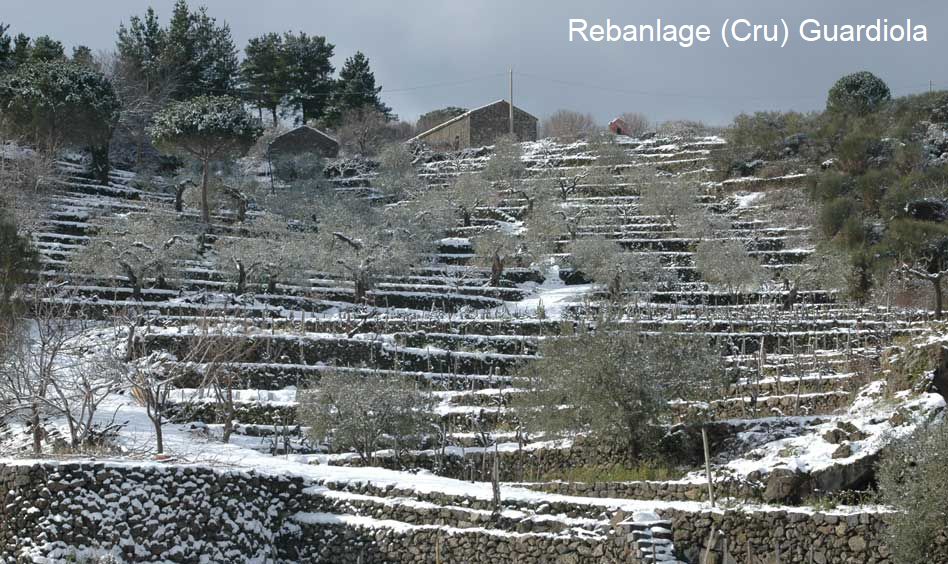 On one hectare of the Cru Calderara Sottana called "La Vigna di Don Peppino", 130-year-old vines are cultivated, which date back to before the phylloxera disaster. In addition, grapes are also bought from small local winegrowers. The white wine varieties Carricante, Catarratto Bianco, Grecanico Bianco(Garganega) and Inzolia, and the red wine varieties Nerello Mascalese and Nerello Cappuccio are cultivated and processed. Since 2010, the environmentally friendly cultivation of the vineyards has been carried out according to certified guidelines of organic viticulture. A solar system provides 80% of the necessary energy. 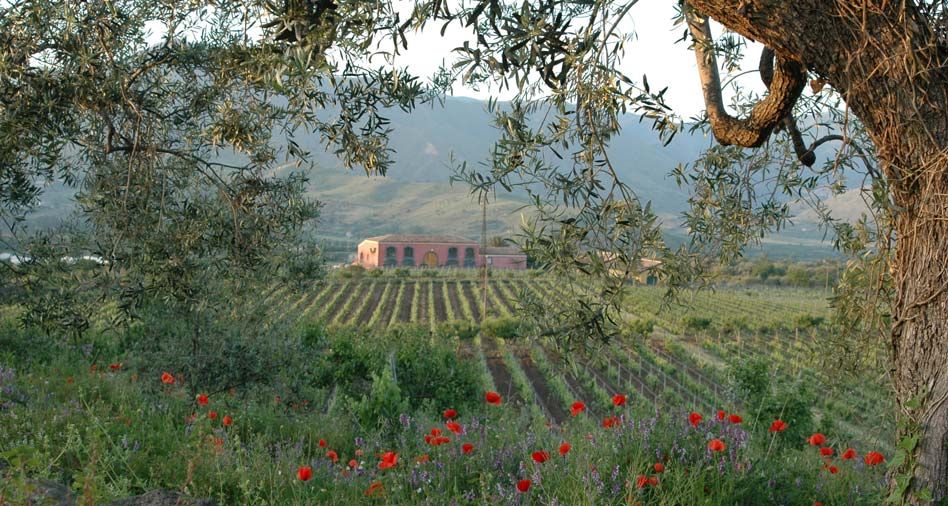 The extensive product range includes a total of 13 rosé, red and white wines, all of which are produced and marketed as DOC Etna. Depending on the type of wine, they are aged in barrels in large wooden barrels or in barriques. The premium wines of the house are 18 months matured Etna Rosso Calderara Sottana, Etna Rosso San Lorenzo and the Etna Rosso Prephylloxera from very old vines. Approximately 300.000 bottles of wine are produced annually. Of these, 85% are exported to Norway, Sweden, England and Switzerland, as well as to Japan and the USA. The winery is a member of the Consorzio di Tutela dei vini dell'Etna.

Tenuta delle Terre Nere Region: Italy Sicily
One of the best producers of the country
In this section you will find
currently 154,029 Wines and 24,082 Producers, including 2,416 classified producers.
Rating system Their sources in Wine Guide Tasting samples Editorial schedule
Bookmark