The traditional winery is located in the municipality of Gumpoldskirchen in the Thermenregion wine-growing region (Lower Austria). It is one of the oldest wineries in Österreich. Shortly before his de...
More

Set a new bookmark for the wines of Stiftsweingut Heiligenkreuz - Freigut Thallern. The currently tasted wines then appear on your personal producer homepage.

The traditional winery is located in the municipality of Gumpoldskirchen in the Thermenregion wine-growing region (Lower Austria). It is one of the oldest wineries in Austria. Shortly before his death Margrave Leopold IV. (1108-1141) - son of Leopold III. the Saint - made a donation. He solemnly handed over the village of Thallern, which at that time was inhabited by fourteen families, to the Cistercians of Heiligenkreuz Abbey "for all time". The property comprised six hooves (Huben), eight and a half vineyards and four farms. The place name is derived from the word valley (the estate lies in a gentle hollow).

Since 18 October 1141 it was run by the monastic order in uninterrupted succession until 2009. According to spiritual regulations, the wine-growing village was converted into a grangie (from Latin grangium = storehouse), i.e. a religious estate worked by lay brothers. St. was venerated as the patron saint of the Grangium chapel, which was built in the main building. The Cistercian monks designed the estate on the model of the famous Clos de Vougeot in the French region of Burgundy. The estates in the Burgenland wine-growing region of Neusiedlersee in the three winegrowing communities of Mönchhof, Podersdorf and Winden have been leased for a long time. 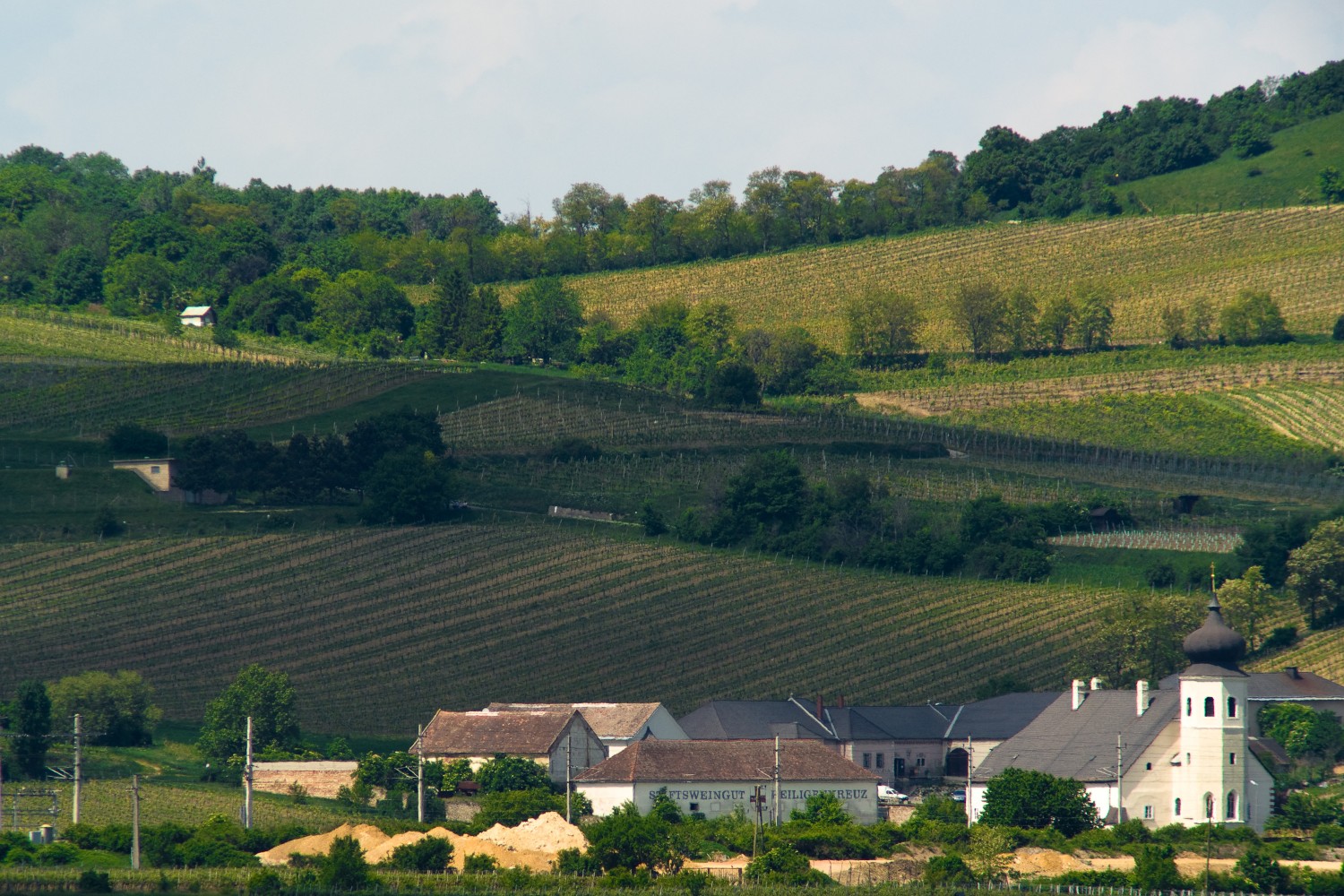 Since 2009, the parent winery has been jointly managed by three renowned Austrian winegrowers and an internationally experienced wine expert. These are the Styrian winegrower Erich Polz, who leased the winery, and the two thermal wine growers Karl Alphart (where the white wines are vinified) and Leopold Aumann (where the red wines are vinified). Willibald Balanjuk is responsible for marketing.

The vineyards comprise 30 hectares of vines in, for example, the Ronald, Student and the cradle, which was already mentioned in documents in 1274. The soils consist mainly of shell limestone weathered brown earth. They are planted to 60% with the white wine varieties Zierfandler, Rotgipfler, Riesling,Pinot Gris, PinotBlanc and Chardonnay, and to 40% with the red wine varietiesPinot Noir, St. Laurent and Zweigelt. The vineyards are cultivated in an extremely natural and environmentally friendly manner, with the greatest attention being paid to the vitality of the soil. The wines are vinified with regard to regional and varietal typicity. Premium wines include a Messwein (cuvée of Rotgipfler, Pinot Blanc, Riesling), Rotgipfler, Zierfandler Die Wiege, St. Laurent Ronald and Pinot Noir. Fine spirits(yeast, marc, fruit) are also produced, as well as a bottle-fermented sparkling wine (Grüner Veltliner).