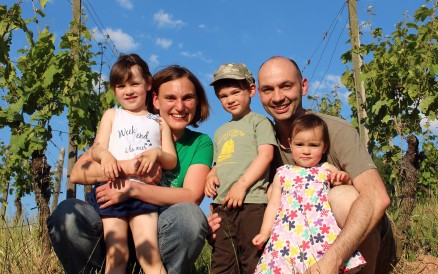 The winery is located in the municipality of Burg Layen-Rümmelsheim in the German Nahe wine region. The origins of "Burg Leyen" go back to the end of the 13th century. It was built on a rocky ridge in...
More

Schloßgut Diel, Rümmelsheim, OT Burg Layen is a premium member of wein.plus and thus supports this wine guide. Thank you!

Create a Bookmark for new wines from this producer

By creating Schloßgut Diel Bookmark, you will see relevant matches on your home screen.

The winery is located in the municipality of Burg Layen-Rümmelsheim in the German Nahe wine region. The origins of "Burg Leyen" go back to the end of the 13th century. It was built on a rocky ridge in the Trollbach valley on the lower course of the Nahe shortly before it flows into the Rhine. Three castle complexes of different noble owners with extensive land and vineyard possessions in the surrounding area were built in the area. In 1802, during the occupation of the Nahe region by Napoleon Bonaparte's (1769-1821) troops, the present castle estate was acquired by Johann Peter Diel (1750-1811) from Heribert Wolfgang Freiherr von Dalberg, after the Diel family had already leased it for decades. Today the winery is run by Armin Diel and his daughter Caroline, cellar master is Christoph J. Friedrich.

The vineyards cover a total of 22 hectares, the majority of which are located in the VDP's major sites of Burgberg, Goldloch and Pittermännchen (Dorsheim), as well as in the VDP's first sites of Schlossberg, Hölle and Johannisberg (Burg Layen). The "Grosse Lagen" are exclusively planted with Riesling, while the Pinot Gris, Pinot Blanc and Pinot Noir varieties also play an important role in the "Erste Lagen". The Chardonnay and Dornfelder varieties are cultivated on smaller areas. According to the VDP-Nahe statute, only Rieslings from the best individual sites are marketed under the site name. Bottle-fermented, hand-vibrated sparkling wines are also produced using the champagne method. The winery is a member of the VDP (Verein deutscher Prädikatsweingüter) and a founding member of the German Barrique Forum.
Schloßgut Diel Region: Germany Nahe
One of the best producer in the world
wein.plus Business Premium Member
Bookmark
This feature is available for Members only!
Become a Premium Member Today