Set a new bookmark for the wines of Miguel Torres, S.A.. The currently tasted wines then appear on your personal Wine Reviews homepage.
Only Members can bookmark

Where to buy wines of Miguel Torres, S.A.?

The Spanish beverage production and trading company with headquarters in Barcelona in the autonomous region of Katalonien was founded in 1870 by Jaime Torres (1843-1905) and Miguel Torres (+1906). How...
More

The Spanish beverage production and trading company with headquarters in Barcelona in the autonomous region of Catalonia was founded in 1870 by Jaime Torres (1843-1905) and Miguel Torres (+1906). However, the family's roots with wine-growing activities go back to the 17th century. In 1902, the winery was visited by King Alfonso XIII (1886-1941). Founder nephew Joan Torres Casals (1865-1932) continued to expand it. In his era, the production of spirits was also started in 1928. In the third family generation, Miguel Torres Carbó (1909-1991) took over the company. He travelled to North and South America in the early 1940s, promoting the wines and establishing the international reputation. In the early 1940s, production was switched from barrel to bottled wines. The first bottled wine called "Corona" was launched in 1942, which is still one of the historic brands today.

After studying chemistry and oenology in Barcelona and Dijon (Burgundy), Miguel A. Torres (*1941) joined the company in 1962 as the fourth generation. He introduced varieties such as Cabernet Sauvignon, Merlot, Chardonnay, Riesling and Sauvignon Blanc from the mid-1960s onwards and subsequently had a decisive influence on the company. His strong commitment to environmental protection and against the causes of climate change should be emphasised. His achievements have been recognised by many awards. Decanter Magazine named him "Man of the Year" in 2002, the International Wine Challenge honoured him for his life's work in 2010 and in 2012 he received the "Lifetime Achievement Award" from Wine Enthusiast. Today, Miguel A. Torres is president, Juan M. Torres (*1935) and Marimar Torres (*1945) are vice-presidents. The fifth generation is represented by Arnau Torres-Roselló, Mireia Torres-Maczassek, Cristina Torres and Miguel Torres-Maczassek (*1974), who has been general manager since 2012. There are 1,300 employees worldwide. The company is a member of the family estate association PFV (Primum Familiae Vini), which was founded by Miguel Torres and Robert Drouhin. 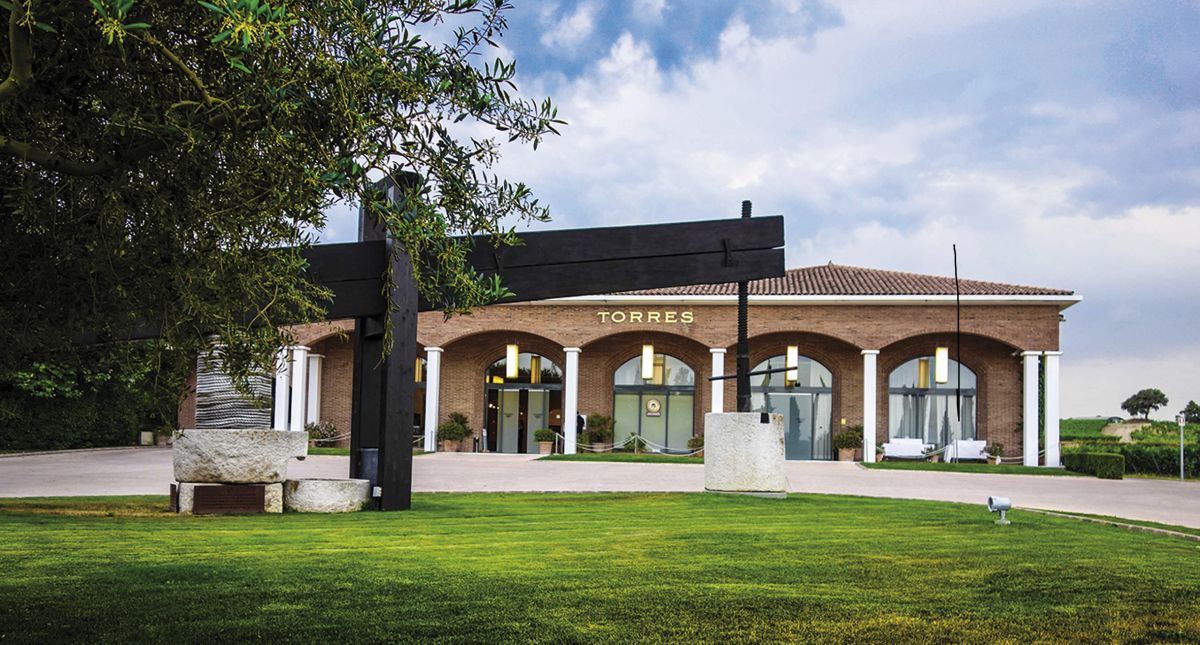 The company is characterised by innovative experimentation, exceptional vinification methods and rigorous quality controls. Torres reinvests at least 95% of its profits each year to remain a self-financed company. Through the Miguel Torres Foundation, projects are supported to build schools and shelters for orphans at risk of social exclusion. Torres' focus on ecology led to the launch of the so-called Torres & Earth programme in 2007, with the aim of reducing CO2 emissions by 30% per bottle by 2020 compared to 2008. The programme includes renewable energy, eco-efficiency in transport, optimisation of water use, adaptation measures in the vineyards and biodiversity, including forest management and reforestation (Torres bought almost 6,000 hectares in Chilean Patagonia in 2018) and a CO2 reduction and CCR (Carbon Capture and Reuse) programme. From 2008 to 2017, Torres invested more than €12 million in the Torres & Earth programme, reducing its carbon footprint by 25.4% during this period (certified by Lloyd's).

The vineyards in Spain cover around 2,000 hectares of vines, around half of which are in the DO area of Penedès. In addition, grapes are also purchased. Today, the winery is considered one of the most modern in the world and was the first in Catalonia to introduce stainless steel tanks. Around 20,000 barrique barrels are available for ageing. More than 50 autochthonous grape varieties are cultivated and experimented with. As early as the mid-1980s, the focus was increasingly on organic viticulture. The extensive assortment includes red wines, rosé wines and white wines as well as sparkling wines. The wines from the privileged single vineyard sites are among the top wines in the world. These include Mas La Plana (Cabernet Sauvignon), Grans Muralles (Monastrell, Garnacha Tinta, Cariñena/Mazuelo, Garró/Mandón, Querol), Reserva Real (Bordeaux Blend), Perpetual (Cariñena, Garnacha Tinta), Milmanda (Chardonnay) and Fransola (Sauvignon Bl anc).

Another important pillar is the production of spirits. The origin goes back to 1928, when Juan Torres Casals began to produce aromatic brandies matured in oak barrels. Only the best grapes from Penedès were used for this. Today, Juan Torres Master Distillers produces brandy, liqueur, pisco and tequila. The top products include Torres 10, Torres 15, Torres 20, Jaime I and Reserva del Mamut. The latter is a very limited edition of 999 unique bottles of 30-year-old brandy, numbered and handcrafted. Master distiller Matías Llobet, when he joined Torres in 1985, had filled three Limousin oak casks with the house's best brandies and let them mature for 30 years. More than 400 wines from 15 countries are imported and distributed

The company's foreign activities began in 1979 with the founding of the winery in Chile Miguel Torres in Chile. In 1993, the winery in California was put into Marimar Estate was put into operation in California. The winery Jean León (Penedès) was acquired in 1995, managed by Mireia Torres. In the same year, the start was made in China with the joint venture Zhangjiakou Great Wall Torres Winery with an experimental vineyard and a small winery. However, this partnership was already terminated in 1997 and the wine import company Torres China (Shanghai Torres Wine Trading) was founded.