Set a new bookmark for the wines of Hof Gandberg - Thomas Niedermayr. The currently tasted wines then appear on your personal Wine Reviews homepage.
Only Members can bookmark

The winery is located in the wine-growing community of Eppan-Berg an der Weinstraße (Überetsch) in Südtirol ( Trentino-Südtirol region, Italy). The family has been cultivating wine and fruit growing f...
More

The winery is located in the wine-growing community of Eppan-Berg an der Weinstraße (Überetsch) in South Tyrol ( Trentino-South Tyrol region, Italy). The family has been cultivating wine and fruit growing for generations. The farm is run by Thomas Niedermayr in the second generation. Father Rudolf Niedermayr is considered a pioneer in the cultivation of fungus-resistant grape varieties and organic farming. The vineyards cover more than five hectares of vines at 300 to 700 metres above sea level on predominantly deep dolomite rock soils, limestone gravel and partly on moraine and gneiss schist soils. For ecological reasons, PIWI varieties have been preferentially planted out since the early 1990s, and today they make up 100% of the stock. The central theme on the Niedermayr family's farm is circular economy and regenerative agriculture. 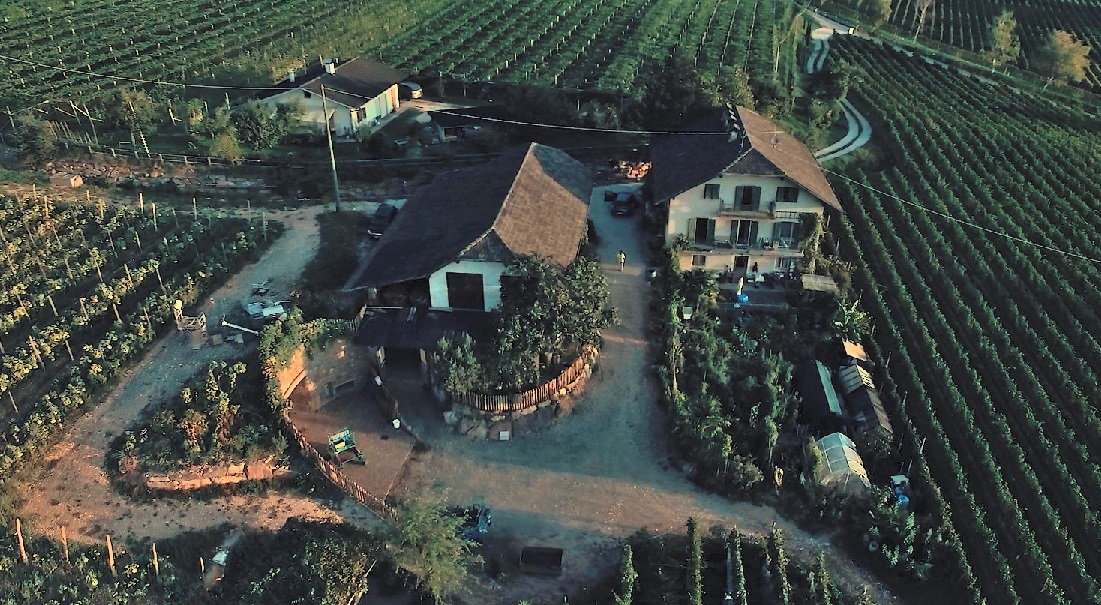 The white wine varieties Pinot Blanc, Solaris, Bronner, Souvignier Gris and Muscaris are cultivated, as well as the red wine varieties Cabernet Cortis and Cabernet Cantor. In 2005, the farm's own vine breeding was started by propagating the seeds. In this way, new, high-quality, resistant varieties are created on the soils of Hof Gandberg, with the aim of producing wines with a strong emphasis on terroir. Since 1991, the vineyards have been cultivated according to the principles of organic viticulture and the guidelines of the organic association Bioland. Regular organic sowings or cover crop are intended to promote diversity in the vineyard ecosystem.

Since the harvest of the 1993 vintage, the grapes have been pressed in the farm's own cellar. Fermentation takes place spontaneously with the vineyard's own natural yeasts. Fermentation and ageing are carried out in neutral large wooden barrels. The product range consists exclusively of organic wines. These are the white wines Freistil (Pet Nat), Summ, Solaris, Bronner, Souvignier gris, Sonnrain, Weißburgunder and Abendrot as well as the red wine Gandfels. Around 40,000 bottles of wine are produced annually. The winery is a member of the associations Bioland, Freie Weinbauern Südtirol, Vi.Te. and VinNatur.

Hof Gandberg - Thomas Niedermayr Region: Italy Alto Adige
One of the best producers of the region
In this section you will find
currently 148,540 Wines and 23,323 Producers, including 2,233 classified producers.
Rating system Their sources in Wine Guide Tasting samples
Bookmark