Set a new bookmark for the wines of Heribert Bayer - Kellerei In Signo Leonis GmbH. The currently tasted wines then appear on your personal Wine Reviews homepage.
Only Members can bookmark

About Producer Heribert Bayer - Kellerei In Signo Leonis GmbH, Neckenmarkt is a premium member of wein.plus 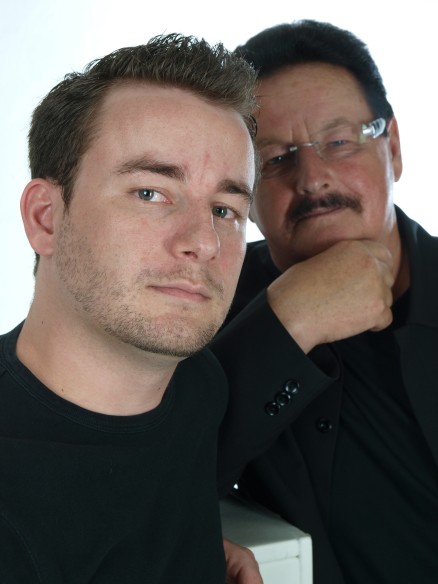 The Austrian wine expert Heribert Bayer comes from the town of Baden (Österreich) bei Wien. He was initially a wine collector and then, from the mid-1980s onwards, began to pass on his knowledge to Bu...
More

The Austrian wine expert Heribert Bayer comes from the town of Baden bei Vienna. He was initially a wine collector and then, from the mid-1980s onwards, began to pass on his knowledge to Burgenland winegrowers as a consultant. In the meantime, the innovative Négociant éleveur (controlled grape or wine purchase and own processing) is considered an absolute red wine specialist. In 1994 he produced his first own wine "In Signo Leonis" from Pinot Noir in the municipality of Mörbisch (DA area Leithaberg). From 1997 on, red wines were vinified in partnership with Winzerkeller Neckenmarkt (DAC area Mittelburgenland). Due to the great success, Bayer established its own ultra-modern winery in the municipality of Neckenmarkt in 2002 under the name "In Signo Leonis" after his zodiac sign (In the sign of the lion). Since 2006, son Patrick has been responsible for the business, which is supported by his father.

All red wines with rigorously limited yields come from the Hochberg reed from sites with very old vines. The base wines are vinified in the Winzerkeller Neckenmarkt, the ageing of the wines takes place in the Weingut Bayer. The flagship of the house is the red wine "In Signo Leonis", from Blaufränkisch (~60%), Zweigelt (~20%) and Cabernet Sauvignon (20%), which matures for two years in 100% new barriques. Other premium red wines are "In Signo Tauri" (Taurus, star sign wife, Pinot Noir, matures two years in 100% new French barriques) and "In Signo Sagittarii" (Sagittarius, star sign son, Blaufränkisch). Other site wines are "Sails Red" (Blaufränkisch, matures for 18 months in second filled barriques) and "Avantgarde" (Zweigelt) which is aged in steel tanks. The EX-QUI-SIT line consists of Pinot Blanc (Pandkräften, Rust), as well as Zweigelt, Merlot and Blaufränkisch (Hochberg, Neckenmarkt). These wines, made from the highest quality grapes, are aged for at least 15 months in barriques, some of which are new and second filled. The ZEITLOS line includes Blaufränkisch and Zweigelt. The winery is a member of the Winegrowers' Association Blaufränkischland Mittelburgenland.
Heribert Bayer - Kellerei In Signo Leonis GmbH Region: Mittelburgenland Austria Burgenland
One of the best producers of the country
wein.plus Business Premium Member
In this section you will find
currently 153,882 Wines and 24,049 Producers, including 2,416 classified producers.
Rating system Their sources in Wine Guide Tasting samples Editorial schedule
Bookmark