Set a new bookmark for the wines of Fürstlich Castell'sches Domänenamt. The currently tasted wines then appear on your personal Wine Reviews homepage.
Only Members can bookmark

The winery is located in the municipality of Castell (Steigerwald area) in the German wine-growing region of Franken, which was already mentioned in 816. The Castell family is one of the oldest noble...
More

The winery is located in the municipality of Castell (Steigerwald area) in the German wine-growing region of Franconia, which was already mentioned in 816. The Castell family is one of the oldest noble families in Germany; the Castell-Castell and Castell-Rüdenhausen lines were elevated to the rank of princes in 1901. Wine growing was practised by the Castell's at least as early as the 13th century. Wine was mentioned in a document written by Count Rupert II in 1224, as well as the most important vineyards in 1266. Today, the Castell estate is owned by Ferdinand Graf zu Castell-Castell and is divided into three main divisions: Fürstlich Castell'sche Bank (founded in 1774, the oldest bank in Bavaria), Fürstlich Castell'sche Forstabteilung and Fürstlich Castell'sches Domänenamt. The winery has been managed by Björn Probst since 2016. Christian Frieß and Reinhard Firnbach are responsible as cellar masters. 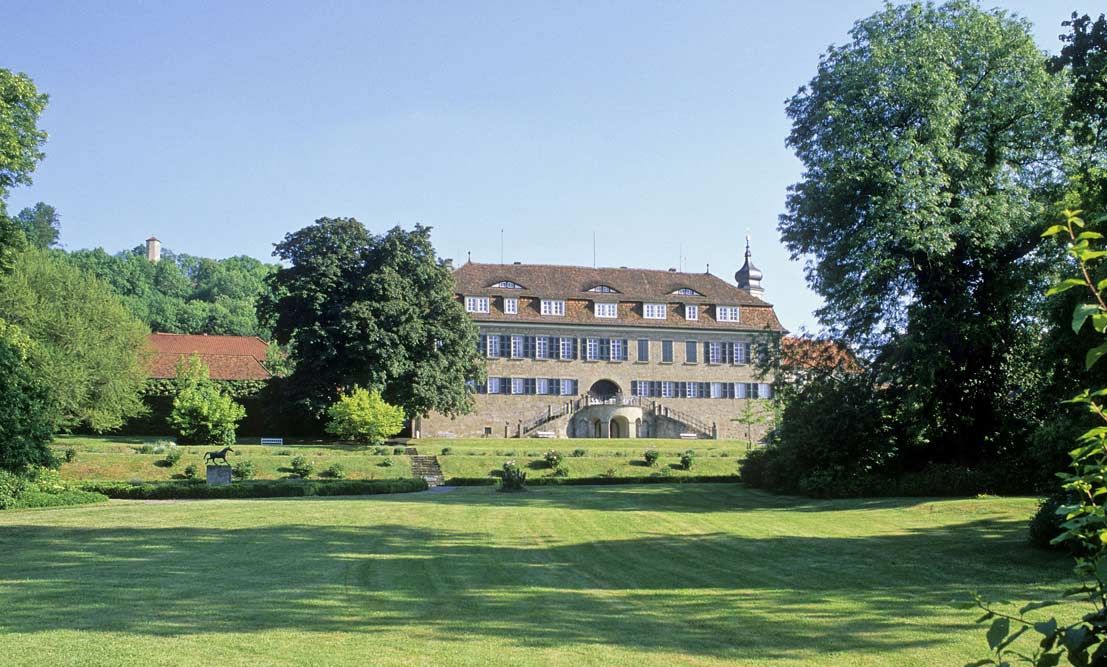 The vineyards cover 70 hectares of vines in the single Castell vineyards Bausch, Hohnart, Kirchberg, Kugelspiel, Reitsteig, Schlossberg and Trautberg, most of which are in sole ownership. In addition, grapes from a total of 30 hectares are supplied by the contract winegrowers of the Castell'sche Erzeugergemeinschaft in accordance with agreed quality standards. The main grape variety, accounting for around 40% of the vineyard area, is the Silvaner, which dominates the Franconian winegrowing region and was, incidentally, first planted in Germany in 1659 in the Casteller Schlossberg. The white wine varieties Müller-Thurgau (20%), Riesling, Pinot Blanc, Bacchus, Scheurebe, Kerner and Rieslaner, as well as the red wine varieties Pinot Noir, Domina and Blauer Portugieser are also cultivated.

Many of the wines are fermented spontaneously. The Grossen Gewächse are aged for 18 months and the Erste Lagen for 9 months in large wooden barrels on the fine le es and are bottled only shortly before being marketed. The wines are produced according to the VDP classification model in the lines Grosse Lage, Erste Lage, Ortsweine and Gutsweine as well as Rebsortenweine&Cuvées. The wines from the purchased grapes are marketed under the Castell-Castell line. The flagships of the house are "Schlossberg Silvaner" and "Schlossberg Riesling". In years with suitable weather conditions, Trockenbeerenauslese and ice wines are also produced. Around 450,000 bottles of wine are produced annually. Many noble brandies (from yeast, marc, plums, quinces and grapes), as well as bottle-fermented sparkling wines, sparkling wines under the name "FRÆNZI" and vinegars are also produced. The Castell winery is a member of the VDP (Association of German Prädikat Wine Estates) and the grouping die Güter (nine top German wine estates from nine different growing regions).

Fürstlich Castell'sches Domänenamt Region: Germany Franconia/Franken Steigerwald
One of the best producers of the region
In this section you will find
currently 153,159 Wines and 24,000 Producers, including 2,374 classified producers.
Rating system Their sources in Wine Guide Tasting samples Editorial schedule
Bookmark