Château Latour, Pauillac is not a Premium Member of wein.plus yet

Set a new bookmark for the wines of Château Latour. The currently tasted wines then appear on your personal Wine Reviews homepage.
Only Members can bookmark

The famous vineyard is located near the commune of Saint-Lambert in the Pauillac area of the Haut-Médoc, Bordeaux). Towards the end of the 14th century, a fortified complex with a fortified tower name...
More

The famous vineyard is located near the commune of Saint-Lambert in the Pauillac area of the Haut-Médoc, Bordeaux). Towards the end of the 14th century, a fortified complex with a fortified tower named La Tour en Saint-Maubert was built near the mouth of the Gironde to defend it against attacks during the Hundred Years' War. The tower no longer exists, but around 1620 a round tower named La Tour de Saint-Lambert was built on the estate (pictured left). The name of the winery is derived from this, but the old tower is depicted on the label. Viticulture existed here centuries before, but the history of Château Latour only began in the late 17th century. The Latour estate was "only" part of the large property of the noble Ségur family. This family owned, among others, the predecessors of the Château Lafite-Rothschild (then Château Lafite), with which Château Latour was united until 1760, as well as Château Mouton-Rothschild (then Château Mouton). 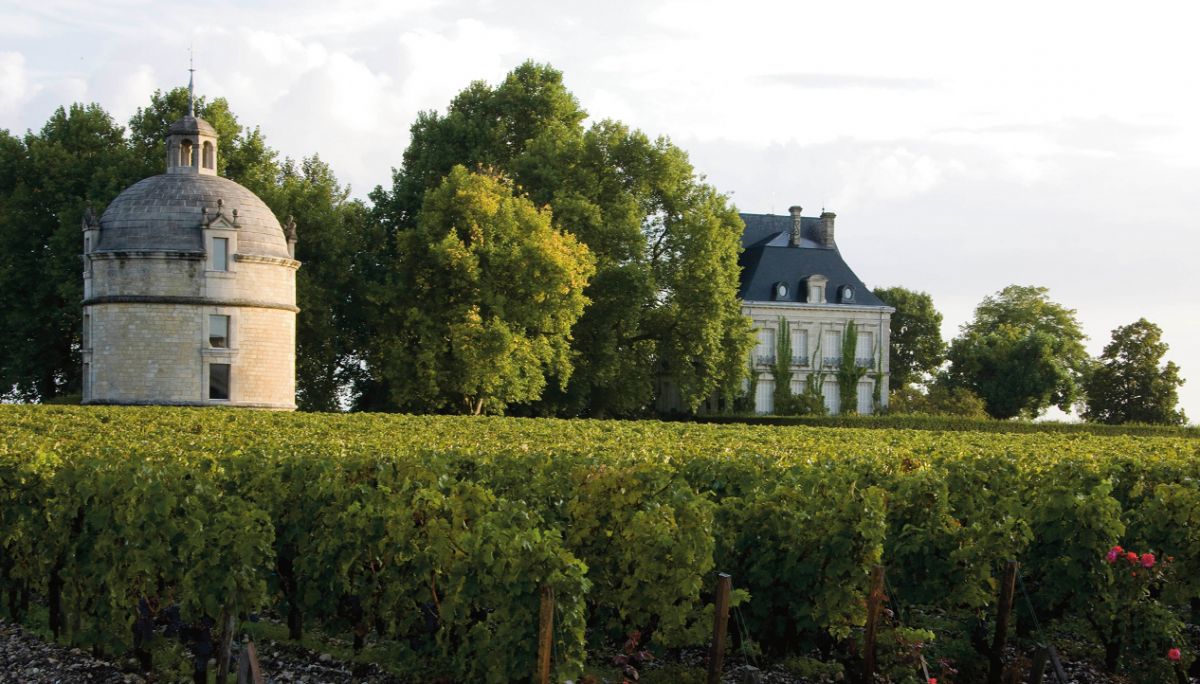 The other estates subsequently passed to other owners, but Château Latour remained in the family until 1963 (descendants were in management until the end of the 20th century). In that year, heirs sold 75% of the shares to British shareholders. The Pearsons group held the majority. The wine trading house Harvey's of Bristol (Allied-Lyons) held 25%. This group then also took over the Pearsons shares in 1989 for the equivalent of 180 million euros. The winery was renovated from the ground up. Finally, in 1994, the billionaire François Pinault (*1936) bought it for a reported 680 million francs (130 million euros). Due to its status as a Premier Cru, Château Latour, as a "National Cultural Property", may not be sold to foreigners; this means that a purchaser must be French. The estate was ranked among the elite of the five (then four) best "Premier Cru Classé" in the Bordeaux classification of 1855. The total estate comprises 93 hectares planted with Cabernet Sauvignon (76%), Merlot (22%) and Petit Verdot (2%). Three red wines or quality classes are produced. These are the Grand Vin, the time wine "Les Forts de Latour" and the third wine "Pauillac de Latour"

The grapes for the second wine "Les Forts des Latour" come from young vines of L'Enclos, less than twelve years old, which are harvested and vinified separately. In addition, grapes from three separate parcels outside "L'Enclos" are also used, from which nothing normally goes into the Grand Vin. Furthermore, barrels of the first wine that did not meet the high standard of the Grand Vin may also be added. The wine is blended on average from 70% Cabernet Sauvignon and 30% Merlot and aged for 18 months in 50% new oak barrels. It reaches the quality and also the price of a château of the "Deuxième Cru Classé". Since 1990, it has also been sold by subscription (en primeur). Around 150,000 bottles are produced annually, which corresponds to about one third of the total production. The third wine, "Pauillac de Latour", was first produced in 1973 and then in 1974 and 1987. Since the 1990 vintage, it has been vinified annually from young vines of the three plots mentioned above