Set a new bookmark for the wines of Capezzana. The currently tasted wines then appear on your personal Wine Reviews homepage.
Only Members can bookmark

Where to buy wines of Capezzana?

About Producer Capezzana, Carmignano is a premium member of wein.plus 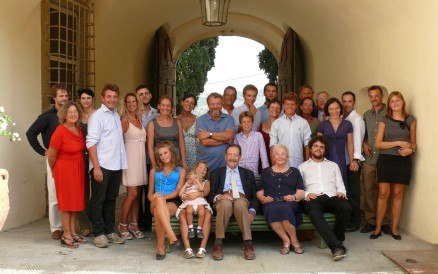 The winery "Tenuta di Capezzana" is located in the municipality of Carmignano (province of Prato) in the Italian region of Toskana. A lease agreement from the year 804 testifies that olive trees and v...
More

Where can you buy this wine?
Favorite wine, chosen by Our Tasting Team

The winery "Tenuta di Capezzana" is located in the municipality of Carmignano (province of Prato) in the Italian region of Tuscany. A lease agreement from the year 804 testifies that olive trees and vines were already being cultivated in Capezzana 1200 years ago. The winery has a long and varied history with many owners. These were, among others, the Cantucci family, related to the Medici, Marchesi Bourbon del Monte, Adimari Morelli, Franchetti Rothschild and finally, since 1920, the Contini Bonacossi family. The oldest part of the buildings dates back to the 15th century, the villa and the wine cellar to the 16th century. Beatrice Contini Bonacossi is responsible as sales manager, Franco Barnabei as oenologist and Benedetta Contini Bonacossi as winemaker.

The total estate comprises 650 hectares of land, of which 140 hectares are olive groves and 70 hectares are vineyards. The white wine varieties Trebbiano Toscano (a clone owned by the winery), Chardonnay and San Colombano(Verdea), as well as the red wine varieties Sangiovese, Cabernet Sauvignon, Cabernet Franc, Canaiolo Nero, Merlot and Syrah are cultivated and processed. For many years now, the cultivation has been carried out according to the rules of organic farming for wines and olive oils certified by BIOAGRICERT.

The premium wines of the house are the two DOCG red wines Carmignano "Villa di Capezzana" (80% Sangiovese and 20% Cabernet Sauvignon; aged 12 months in barrel and 12 months in bottle) and Trefiano (80% Sangiovese, 10% Cabernet and 10% Canaiolo Nero; aged 16 months in barrels and over a year in the bottle), and the IGT wine "Ghiaie della Furba" (60% Cabernet Sauvignon, 30% Merlot and 10% Syrah; aged one year in barrique, two years in the bottle). About 350,000 bottles of wine are produced annually. About 55% are exported, mainly to England, USA, Germany and Canada. The winery is a member of the associations Donne del vino, Strada del vino and Movimento turismo del vino.

Capezzana Region: Italy Tuscany
One of the best producers of the country
wein.plus Business Premium Member
In this section you will find
currently 147,125 Wines and 23,233 Producers, including 2,225 classified producers.
Rating system Their sources in Wine Guide Tasting samples
Bookmark